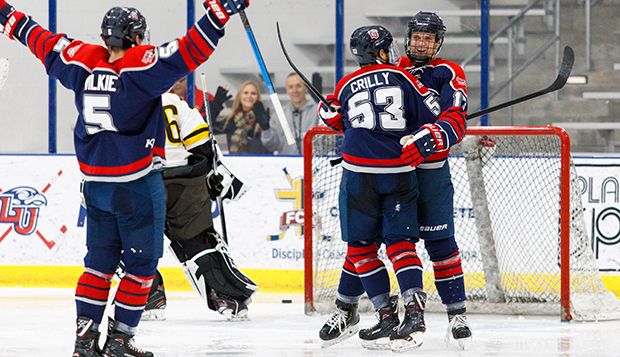 Sophomore goalies Dakota Cyhaniuk made 10 saves in the first game and 21 in the second when he recorded his seventh shutout, improving to 15-0 and lowering his goals-against average to 1.30 while raising his save percentage to 95.2.

The Flames will be back in action this weekend when they host Temple on Saturday at 10 p.m. and Sunday at 2:30 p.m. in their regular-season-ending series at the LaHaye Ice Center.