Ziefle will be a sparkplug for Lady Flames' defense next fall 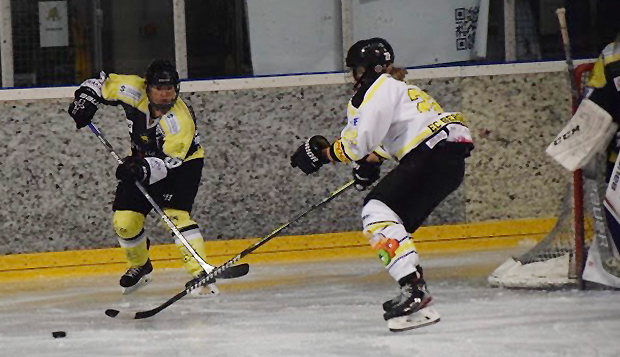 Priscilla Ziefle (left), a defenseman from New York, is currently playing for the Manheim Mad Dogs in Germany.

Priscilla Ziefle, a 5-foot, 2-inch defenseman from Trumansburg, N.Y., will be the sixth incoming recruit for Liberty University's ACHA Division I women's hockey team next fall.

Lady Flames Head Coach Chris Lowes said she will be a key addition to the team who can make an impact on both ends of the ice.

"As a player, Priscilla is a playmaking defenseman who likes to have the puck on her stick and can contribute offensively," he said. "I believe she will also thrive in our defensive system with aggressive and physical play, and winning one-on-one battles."

Ziefle, who played for the Syracuse Nationals' U-19 AAA squad from 2017-19, visited Liberty last April to participate in the Lady Flames' prospect camp along with three other Fall 2020 commits, goalie Amanda Storey and forwards Carlie Foxhoven and Rianna Spanier.

Ziefle considered joining Liberty's program this past fall, but opted to spend a year in Germany, where she has family, studying abroad while playing for the Mannheim Mad Dogs.

"To be honest, I had hoped we could bring Priscilla in this season but knew she had a strong desire to study and play hockey in Germany this season," Lowes said. "We were patient, and are now happy and very excited to be welcoming Priscilla to the Liberty Hockey family this fall."

Likewise, she is looking forward to launching her collegiate career as a member of the Lady Flames.

"I chose Liberty because it is the place where I will be able to best pursue my passions through school, hockey, and the support of a Christian community," said Ziefle, who plans to major in public health and minor in German and says her on-ice strengths are playmaking and reliability. "I am most excited to spend the next years of my hockey career playing on a team which seeks to glorify God."

Lowes said Ziefle will be an excellent fit at Liberty and in the Lady Flames' defensive corps that will graduate seniors Deena Birney, Emily John, and Dana McLeod.

"Priscilla is a confident and mature young lady on and off the ice," Lowes said. "Both Ziefle and fellow incoming defenseman (Grand Valley State transfer Sally) Hoerr are confident and talented players that will help minimize the loss of this year's senior class." 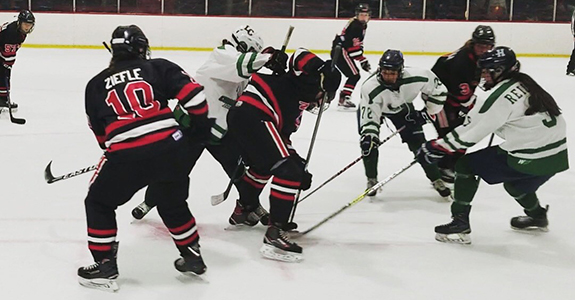