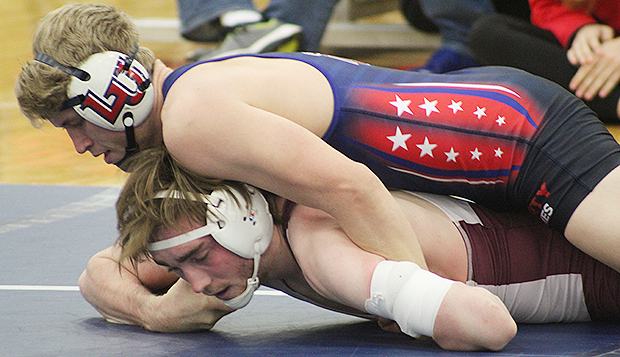 Generating momentum early — both in individual matches and in the tournament bracket — will be key for Liberty University's men's and women's wrestling teams as the Flames and Lady Flames host Friday's and Saturday's NCWA National Duals at the LaHaye Ice Center.

Last season, the Flames became the first team to defend their title, when the National Duals took place outside of Las Vegas. This weekend, they will seek to win their third crown in a row and record fifth overall since moving into the NCWA in 2012.

"I'm excited to see if we can be the first team to three-peat," Liberty 157-pound junior Chad Cantrell said.  "I don't see anybody stopping us. I think we're the best team hands-down. From 125 to heavyweight, we've got a very tough lineup and our team is ready. We're a mentally tougher team than we were last year, a lot grittier to win the closer matches."

Though Liberty is the top seed in the 11-team bracket, as determined on Tuesday based on its No. 1 national ranking as well as returning national qualifiers and All-Americans, it will have a difficult path to the championship.

The Flames open Friday's action in their pool with a 10 a.m. match against No. 9 Temple before facing No. 7 Schreiner (Texas) at noon. They conclude the day with a 6 p.m. showdown with No. 3 Grays Harbor (Wash.) before wrapping up pool competition on Saturday at 9 a.m. against fifth-seeded Central Florida, coached by J.D. Robbins, who wrestled for the same high school as Liberty Head Coach Jesse Castro in San Jose, Calif.

"When you take time to look at the seeding, it seems like we have the harder side of the bracket," Castro said. "We've definitely got a long road ahead of us, but I like the challenge and I think our guys are going to rise to the challenge. Our schedule has been inundated with tough teams all season long, since November."

Though freshmen Tristan Walls and Bobby Leek have made weight at 125 and 133 pounds, respectively, they will not be available this weekend, potentially putting the Flames in an early 12-point hole in most matches.

"We are still nursing some nagging injuries that are setting us back a little bit," Castro said. "But having (sophomore transfer) David Cox back this semester and (junior transfer Joe Scott) back this past fall has added more depth to the 165- and 174-pound weight classes. It's nice to have them back. Joe Scott's been a jewel for us, especially now with Burgette being out."

Castro has depth at most of the upperweight classes and plans to platoon various wrestlers, depending on the situation.

"I know a lot of the guys are hungry, biting at the bit to get on the mat," Castro said. "Strategically for the coaching staff, it might be a last-minute decision as to who's going in when. The guys have been trained to be ready to go."

Besides a fifth national title, the Flames will be wrestling for as many as 12 bonus points that will carry over to the March 12-14 NCWA Grand Nationals tournament in Allen, Texas.

In the women's bracket, Liberty will be one of three teams competing for the first-ever NCWA Women's National Duals. The Lady Flames will face Springfield (Mass.) Tech at 2 p.m. Friday and Schreiner (Texas) University at 6 p.m., setting the stage for Saturday's rematches at 11 a.m., 3 p.m. and 5 p.m.

Tournament passes for both events are $15 for the public for both days, with students admitted for free. 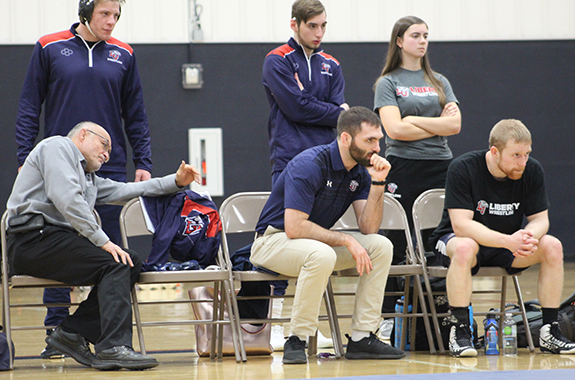