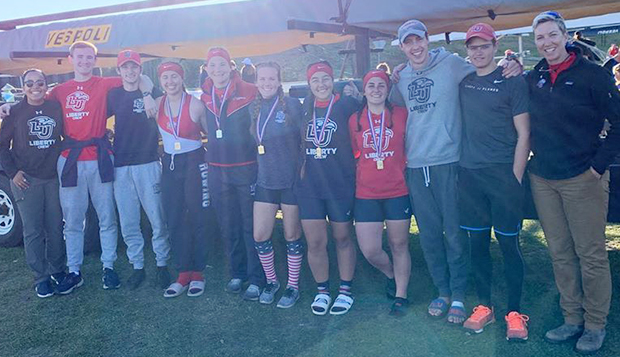 Liberty University's Women's Varsity 4 crew, which features the same nucleus as the women's Novice 4 that won the ACRA National Championships last spring in Gainesville, Ga., rowed to its second gold medal this season at Saturday's fall season-ending Head of the South on the Savanna River in Augusta, Ga. Two members of that boat later teamed with two men's rowers and a men's coxswain to win the Mixed 4, beating the five other crews.

"It was a fantastic day of racing," Liberty Head Coach Debbie Prowse said. "Both the women's (varsity) 4 and the mixed 4 had decisive victories, winning gold in their respective races, and the men's 2x had a strong race, placing fifth in the Championship Doubles."