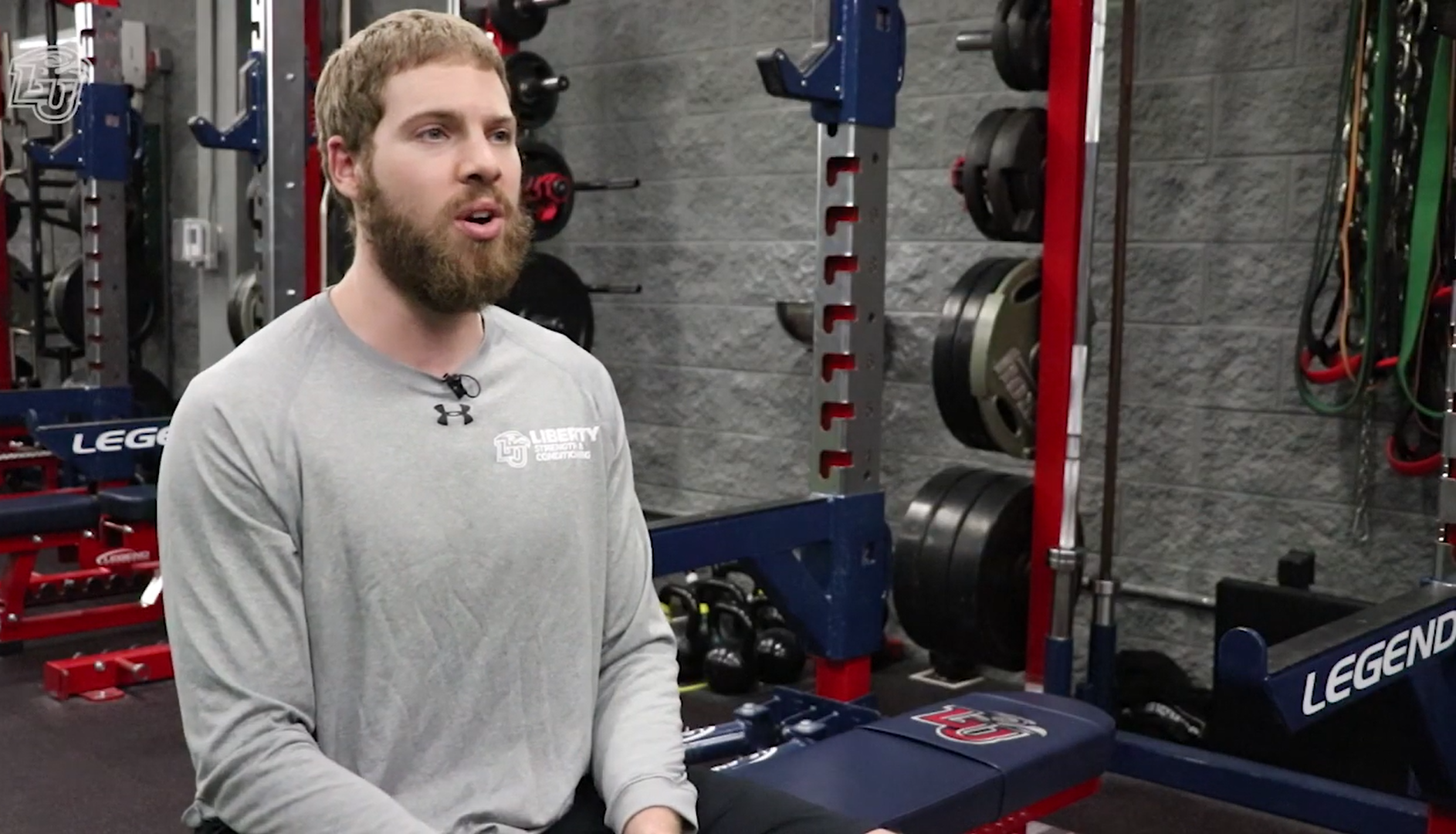 Chris Kerr, who graduated from Liberty with a degree in Exercise Science in 2014, has served as Club Sports Coordinator of Strength & Conditioning ever since.

Liberty University has built one of the best Club Sports strength and conditioning programs in the country, a key component in its holistic approach to developing its student-athletes.

"When I first took this job, I was promised by (Club Sports Athletic Director) Kirk Handy, ‘We're going to grow this thing,'" Liberty Coordinator of Strength & Conditioning Chris Kerr said. "What God has done for the Strength & Conditioning department has been unbelievable. He has blessed us with so much success — more weight rooms, better equipment, more coaches."

Kerr said his mission, and that of his National Strength & Conditioning Association-certified staff that includes Coach Ross Garner and Graduate Assistants Dallas Johnson and Chris Craven, is to help Liberty's student-athletes to push their limits to become the best they can be, both on and off the field.

"Strength and conditioning for an athlete is just a necessary part of athlete care and athlete development," Kerr said. "We're here as a department to help keep them healthy, overall, but to enable them to do the things in their body that they currently can't do. The confidence that transfers from the weight room to their sport is ultimately the best thing."

Players testify to the benefits of the coaching they receive through workouts tailored to their specific needs.

"It's been really awesome having these lifts every morning," Lady Flames beach volleyball player Mare Hammersmith said. "Confidence has really been built, too, because our vertical (jumps) have been going up and our movements look a lot better."

"Coach Kerr is such a great asset to the team," Flames ACHA Division I men's hockey senior forward Devin Pierce added. "He will specify workout programs for certain players based off of their playing type. All the stuff we do in the strength and conditioning program here at Liberty correlates to our play on the ice."

Garner said the relationships built between the strength and conditioning staff with the specific sport coaches and athletes have fostered a culture of continual growth.

"We build value because we care about the athletes so much and we're constantly honing on our craft," Garner added. "What we do in the weight room hopefully just aids in what they do on the field. They've been playing their sport for years. But, can we make them a better human being? Can they move better, can they feel better, can they jump higher? If you're feeling stronger, you're feeling better, you are going to be more confident. I get a lot of reward out of them doing well, but at the end of the day, it was them putting in the hard work and me, hopefully, just guiding them."