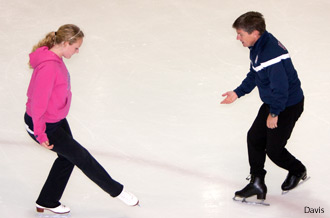 "It was an exciting invitation to teach a seminar at Liberty. I felt like I could really teach about my perspective on skating as a gift from God, and to inspire this group of skaters to seek to use their gifts to glorify God, and not just to win a medal," Wylie said.

Gomez said she thought the seminar was very helpful to all the participants because of Wylie's coaching skills and impeccable technique.

"The best part about it is he's not just any champion, but also a Christian," Gomez said. 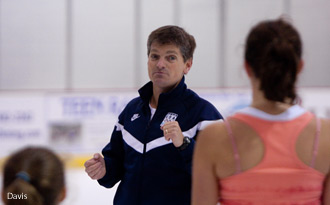 Wylie won the men's figure skating silver medal at the 1992 Olympics in Albertville, France. According to Wylie, the win was a surprise to everyone, including himself. He made the Olympic team by one-tenth of a point, and had some poor performances just before the Olympics. He said that while preparing for the competition, he was very focused on the story of Gideon.

"That was kind of how I felt, a little outnumbered, a little weak, and God was really strong in the midst of that. I trained hard, sure, but I really sensed just the amazing supernatural preparation that I could never have accounted for on my own strength," Wylie said.

Since winning a medal at the Olympics, Wylie's career has included coaching and teaching. He is currently working with Respect in Sport, a Canadian certification program to help prevent the maltreatment of young athletes.

This was Wylie's first visit to Liberty University, and he was able to attend the men's hockey game against Niagara University on Friday night.

"I'd never been to Liberty, so it was a great experience. It's really big, and it seemed like everybody was having a lot of fun," he said. "I'm impressed with the facilities and definitely with sort of the demeanor of everybody. It's neat to see a place where you know that the commitment of the student body is so strong for Christ."