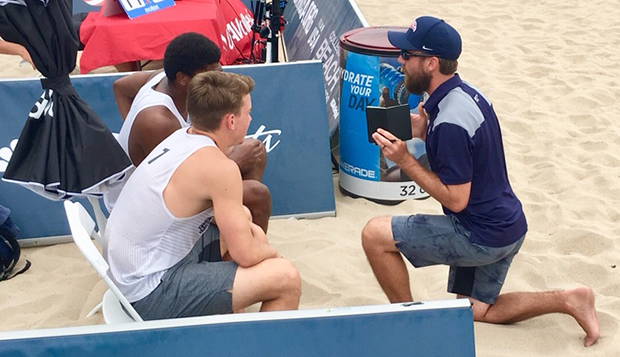 "I can't wait to get started and hit the ground running," said VanDePerre, who also serves as Club Sports Assistant Director of Marketing, handling the department's social media accounts, promotional events, and sponsorships. "I preach to all of our athletes that you've got to find ways to stretch yourself and get outside of your comfort zone."

After transferring from Central Michigan and completing his psychology degree at Liberty in 2013, VanDePerre got his start in coaching indoor volleyball at the club level in Central Virginia while pursuing his master's degree in sport management, which he completed in 2015.

"I love Liberty and what Bryan Rigg has done with the program and the team dynamic in the indoor game," VanDePerre said. "I am excited about getting back into the gym. It's an awesome opportunity. I really enjoy working with the guys and will be able to do that in a much deeper way this year."

VanDePerre will have a young indoor team to work with, with no seniors among the 12 returnees. But five of those returning players were on the Division I squad that rose as high as No. 2 in the National Collegiate Volleyball Federation (NCVF) rankings after winning its first East Coast Championship tournament and making its first appearance in the NCVF Gold Bracket Final Four in Denver.

"We've got an awesome group of players and we're expecting a good, competitive tryout," VanDePerre said. "We lost a lot of seniors last year, but we've still got a solid roster with a good young corps of players, which is great. With their experience from last year, our focus will be on making another run at nationals and repeating our third-place performance in the gold bracket, or maybe a little better."

He anticipates 25 players competing for 20 roster spots (10 for the Division I team and 10 for Division II) at the Aug. 26 tryouts. Among the newcomers will be Cross Edwards, an outside hitter transferring in from NCAA Division I Saint Francis (Pa.) University, and Hawaiian middle/outside hitter recruit Caleb Kaopuiki.

The 2019-20 indoor volleyball schedule is still being finalized, but VanDePerre expects to enter the Flames into four tournaments for the fall semester before tipping off the spring semester with the annual Midnight Mayhem matchup in the Vines Center.

"We're going to give the guys a lot of chances to play this fall to see where they fit best," VanDePerre said. "We will be building the team relationship and team culture, and letting them know what the expectations are." 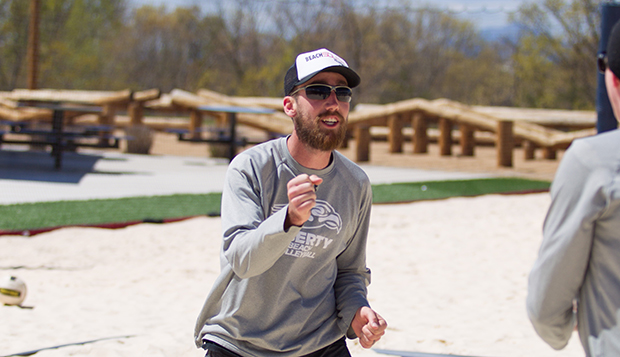