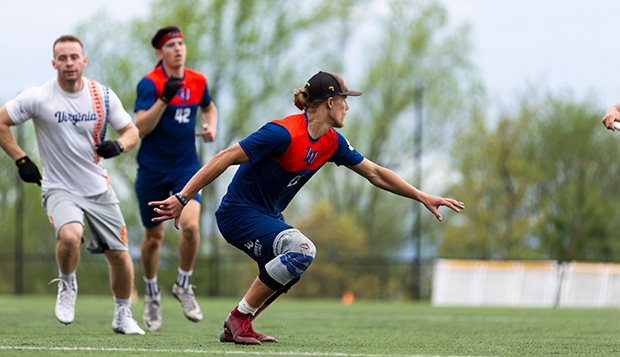 Seeded 12th, the Flames eventually lost to No. 16 Appalachian State in the 13th-place bracket semifinals, 15-13, before rebounding to win its 15th-place final over No. 15 East Carolina, 13-9, on April 27-28 at the Smith River Sports Complex in Axton, Va.

"It was a good for the guys to get the experience (of playing at regionals) and to see different teams, but ultimately, we didn't accomplish our goal there," Flames Head Coach Kevin Habermas said.

Senior captain Austin Heston, the lone graduating player on this year's roster, went out with one of the best tournaments of his career to pace the Flames' offense.

Following a rough stretch in the fall, the Flames turned their season around by staging four upsets to win their first tournament in program history, the Feb. 24-25 Oak Creek Challenge in Virginia Beach. In the process, they built a solid foundation for the future.

"It was a great season," Habermas said. "We're returning 15 out of 16 players, including a lot of freshmen and sophomores, and hopefully we will be able to recruit some more over the summer."

Habermas and Liberty women's Head Coach Jonathan Mast will attend a youth national championship tournament in North Carolina over Memorial Day Weekend to scout out potential players for the future.