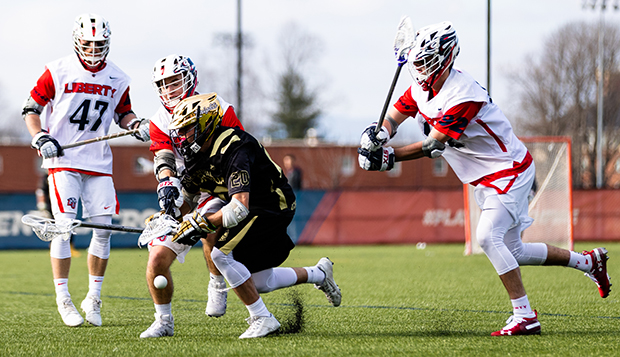 The Flames slayed the Knights for the second time this season after a 17-6 rout at the Liberty Lacrosse Fields. (Photo by Andrew Snyder)

"We got off to a little bit of a slow start but finished the game the way we expected to," Flames Head Coach Kyle McQuillan said. "After the first quarter, we were only up, 3-2, so it took a little while for us to get things rolling, but once we did, we executed our offense pretty effectively."

Liberty (15-0, ranked third in this week's MCLA DI Coaches Poll) got goals and assists from 11 different players against the Knights (2-8), outscoring them by a 16-0 margin over the last three quarters. The Flames led 10-2 at the half and 14-2 after three quarters.

The Flames advance to Saturday's 5 p.m. semifinal rematch with South Carolina, a 19-5 winner over Georgia, at North View High School in Johns Creek, Ga., just outside of Atlanta. The game will be webcast live by the SELC.

The Gamecocks (15-2, ranked sixth) knocked Liberty out of last year's SELC semifinals by a 16-8 count before Nichols netted the game-winner in the final 10 seconds of a 12-11 triumph on March 30 at the Liberty Lacrosse Fields.

"Obviously, we wanted to get an opportunity to play South Carolina again after we got a close win in the regular season, but we've got our work cut out for us the rest of the tournament," McQuillan said. "We've got to focus on what got us here and if we do that, we should be in a good position to win."

The Flames haven't been to the SELC Tournament final since their first year playing at the Division I level in 2014, when they lost to Virginia Tech, 13-9. The defending SELC tournament champion Hokies were edged by Florida State in Friday's quarterfinal round, 9-8.

"Regardless of what happens this weekend, there will be a new SELC champion," McQuillan said. "Hopefully we will be in a position to challenge for it." 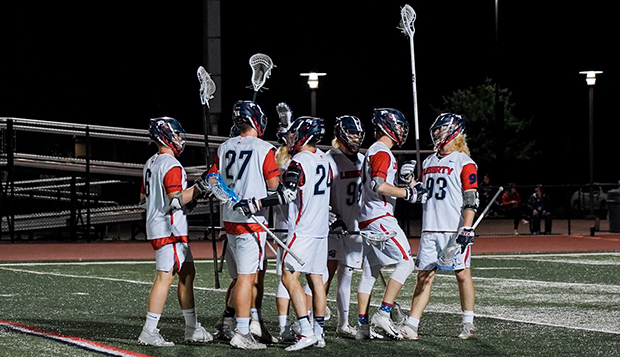