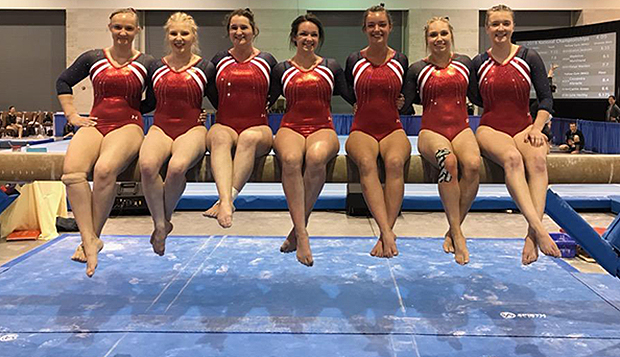 It tied for the Lady Flames' highest national finish after placing fifth as a team at the NAIGC meet in Columbus, Ohio, in 2017, when Julie Bouton and McKella Johnson both advanced to the All-Around finals as sophomores.

In Friday's preliminary competition, Johnson posted the second-highest All Around score in her group (36.6), highlighted by her performances on the uneven bars (9.05), balance beam (9.25), and floor exercise (9.5).

Sophomore Mia Harvey qualified for the beam finals with her score of 9.1.

Bouton tied sixth on the floor with her 9.425 performance and tied for 10th on the vault with her 9.25 effort.

Johnson also finished 18th in the bars with her 8.05 score to finish 13th in the All-Around standings with her total of 35.275.