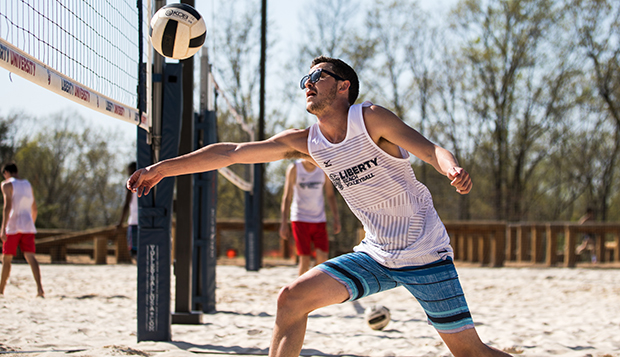 The Flames and Lady Flames will each enter six pairs with high hopes of contending for men's and women's titles in the field of approximately 30 men's and women's tandems from North Carolina State, UNC Chapel Hill, South Carolina, Virginia Tech, and other schools along the East Coast.

The four beach courts at the Liberty Mountain Intramural Complex and the four on East Campus will be evenly split between men's and women's pool play competition for the one-day tournament, before hosting the Gold and Silver playoff brackets, respectively, in the afternoon.

The overall winning men's and women's teams will earn $600 travel stipends to compete in the Aug. 3 NCSVA National Championships in Hermosa Beach, Calif.