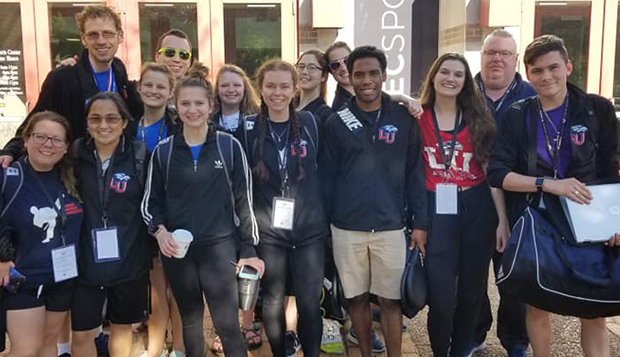 The Flames and Lady Flames sent eight of their color belts and four of their black belts to the 44th annual event, which attracted more than 400 competitors to the University of Texas at Austin's Recreational Sports Center.

"They both did a great job and lost their championship matches by one or two points, so every kick made a difference," Liberty Head Coach Tom Childress said. "Their matches came down to the last second, and they were full of action."

"All of them had good matches, and everybody made it past the first round," Childress said.

"They both fought well and their matches were really close and could have gone either way," Childress said.

"The match he lost was to last year's champion from UCLA, who is a member of Team USA and is ranked in the top 10 in the nation among welterweights," Childress said. "Most of the finalists on Sunday were Team USA members, which is not uncommon. Collegiate nationals are always extremely competitive."

Childress is hoping for a strong incoming class of recruits as the team will be graduating its largest class to date in May.