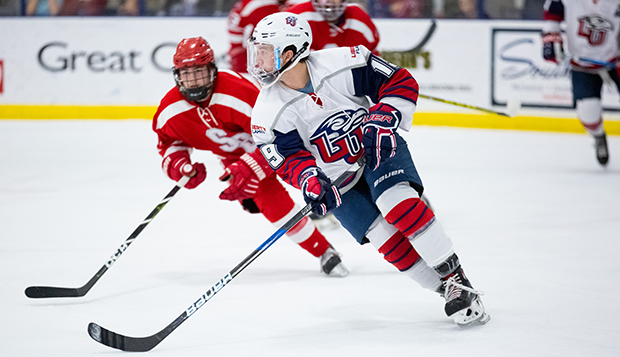 The Flames (26-7-4) defended their ESCHL regular-season title to clinch an autobid to the ACHA DI National Championships in Frisco, Texas. After winning ESCHL Tournament titles in its first two seasons in the league, Liberty was dethroned by Syracuse in the March 17 championship game, 3-2 in overtime.

At nationals, the Flames advanced to the quarterfinal round for the first time since 2008 with a 7-2 victory over Arizona before their season ended with a 4-3 loss to top-ranked Lindenwood.

Nelson was also recognized on the All-Defensive Team, along with senior forward Zak Hayes.