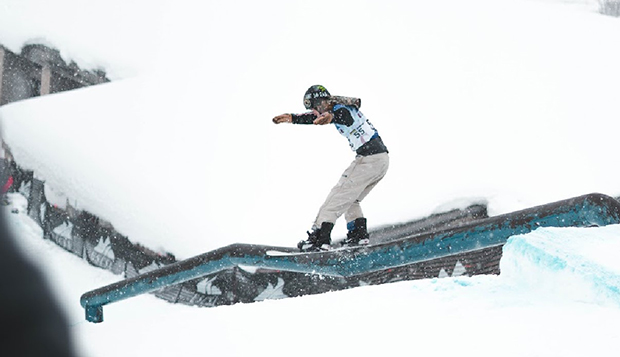 In the eight-school Rail Jam event, the Flames totaled 23 points to finish behind Westminster (14) and Sierra Nevada (18) and well in front of Southeast Conference rival North Carolina State (fourth, 78).

Individually, junior Milo Rice placed second with a finals score of 55.25, behind only Westminster's Robbie Roethler (58.5) and ahead of Sierra Nevada's Benjamin Hojnoski (54) and Alex Schoff (50.75).

In Friday's men's snowboard Slopestyle, the final competition involving Liberty team members, the Flames accumulated 44 points to again finish third behind only Westminster (8) and Sierra Nevada (29) and ahead of the Wolfpack (55), Cal State Long Beach (67), and San Diego State (68).

Rice was the only Liberty representative in the 16-man finals and finished eighth with a score of 79.33. That placed him in front of NC State's Duncan Nielander (ninth, 77) and behind five Westminster riders, including Roethler, the overall champion with a 93, and Sierra Nevada's Schoff (third, 92).