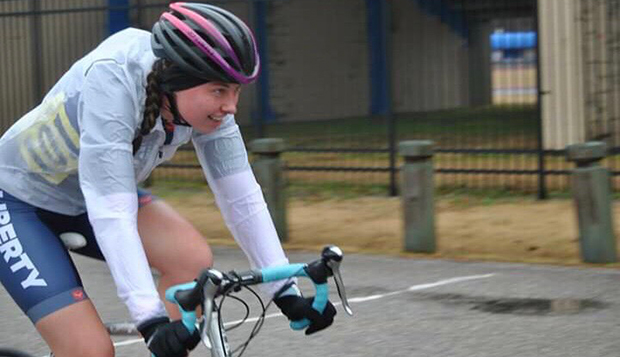 "Saturday's road race was a fight against the cold, with lows in the mid-40s, and a non-stop downpour," first-year Head Coach Timo Budarz said.

Senior Freddie Shashaty won the 13-rider men's Category B road race for 48 points and the criterium for 45 for a first-place 93-point total. Junior Todd Yoder came in seventh with his 26-point fifth-place road race finish and 11-point ninth-place criterium performance. Senior Khoi Tran took 11th overall after placing 11th in the road race and 10th in the criterium.

After entering the men's open Category III/IV road race by mistake, Giovanni Bianco, a graduate student from Italy, wound up in a three-way tie for third out of 15 Category C collegiate racers on the strength of his criterium triumph for 25 points.

Flames freshman Max Galbraith placed fourth out of 31 contestants in the men's Category D races based on his fifth-place road showing and third-place criterium finish.

Liberty has three weeks to prepare for its next races, hosted by Virginia Tech on March 23-24 in Blacksburg, Va. 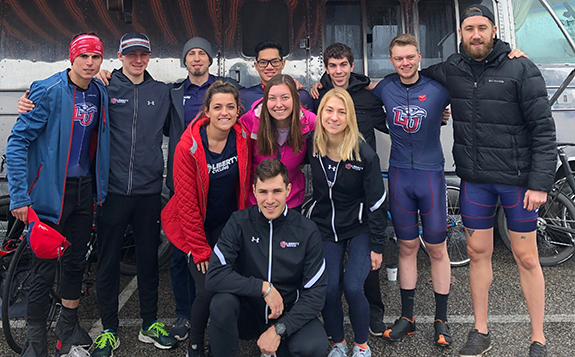