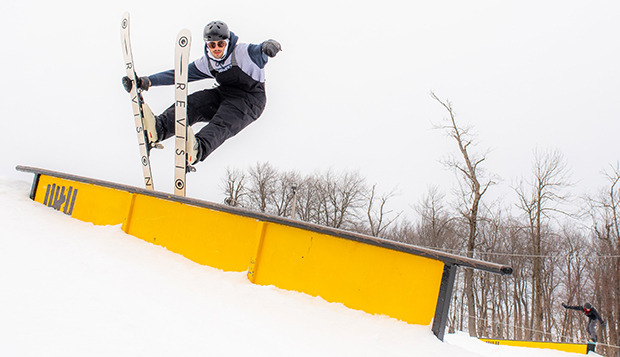 "It was an even playing field and everybody was riding the same snow," Liberty Head Coach Isaac Gibson said. "Everybody was going as fast as they could to the jumps, but it was difficult to get enough speed to clear to the landing and to land clean tricks and do bigger spins."

At Seven Springs, sophomore Cole Loomis placed second overall in the men's skiing Slopestyle event with a score of 78.75 while junior Chris Yablonski (69.25) placed seventh, junior Eli Haita (58.5) landed in 11th, and senior Isaac Shepard (51.5) finished 16th to lead the Flames to a first-place finish with 163 points, ahead of Lafayette (144) and North Carolina (118).

In men's snowboarding, senior Garrett Long (81.5) and sophomores Owen Hewitt (66) and Tanner Hoffarth (66) placed fourth, fifth, and sixth, respectively, to pace the Flames (150) to a runner-up team showing behind NC State (243) and ahead of third-placed JMU (106).

Junior snowboarder Milo Rice suffered an injury in practice the night before the competition, but still managed to put down a run without tricks to qualify for nationals.

Gibson plans to enter all 15 skiers and riders in the Slopestyle, Rail Jam, and Boardercross and Skiercross events and believes they can contend for team and individual podium finishes in all nine categories.

"This is the most well-rounded team we've ever had," Gibson said. "Hopefully, everybody will be able to adjust quickly to the high elevation and larger jumps. If everybody is able to perform at their peak, we could have a shot of taking first place as a team or individual for the first time." 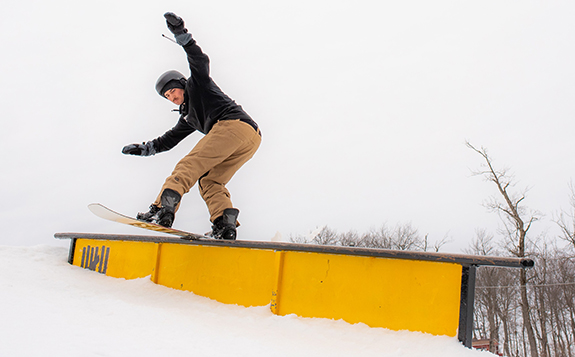