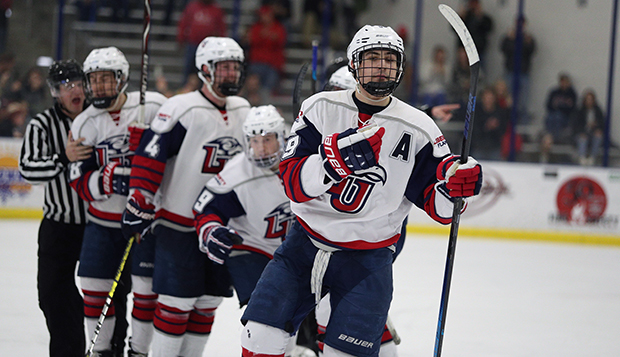 Liberty, which slipped to No. 9 in this week's ACHA DI national rankings despite sweeping ESCHL rival Delaware last weekend, hopes to give third-ranked Adrian a better challenge than when they were swept on the Bulldogs' home ice in late October.

"It's going to be a lot of fun to see where we stand," Flames junior forward Victor Blomberg said. "We're more ready this time and I think we can beat them. We're close to playoffs and everybody knows what it takes to win. If you beat Adrian, other teams are going to have respect for you, too, which will be huge going into nationals as well."

All-Time Series: Adrian holds a commanding 5-0 lead on Liberty after sweeping the Flames by 8-2 and 6-3 scores on Oct. 26-27 in Michigan.

Liberty Scouting Report: The Flames are nearly back to a full roster after a string of injuries and suspensions left them shorthanded for the past two series. Liberty will have junior forward and leading scorer Quinn Ryan (24 goals, 32 assists) available before he flies to Russia on Sunday with his Team USA teammates to compete in the March 2-12 Winter World University Games.

The Flames, who have outscored opponents 136-69 this season, have received excellent secondary scoring from junior forward Brock Thompson (20G, 23A) and sophomore forwards Cole Gammer (16G, 27A), Jordan Bochinski (17G, 11A), and Devin Pierce (8G, 17A), who each have netted three game-winners.

Adrian Scouting Report: The Bulldogs, who clinched their third-consecutive GLCHL regular-season title, have now won 60 of their past 63 games over the past two years, including three by shootout this season.

Adrian features 12 players with 20 points or more, led by junior Joe Costello, a second-team All-ACHA DI player last season, who has eclipsed 50 points (23G, 27A), and fellow forwards Domenic Moore (12G, 27A), Rainer Glimpel (18G, 19A), and Brenden Stanko (13G, 20A). Costello and Moore both have three game-winning goals this year.

Coaches: Handy is in his 19th season as Liberty's head coach and has compiled an overall record of 428-176-29. Adrian is led by reigning ACHA Division I Coach of the Year Gary Astalos, who is now 93-6 in his third season at the helm. 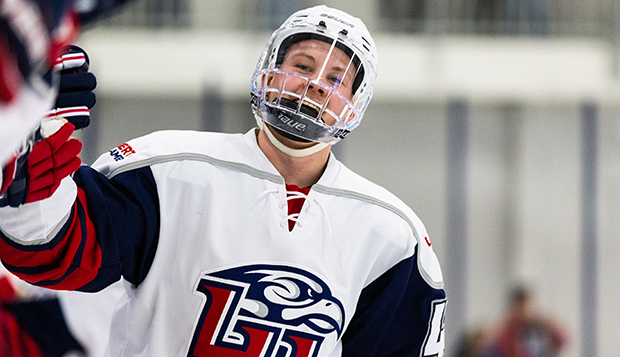