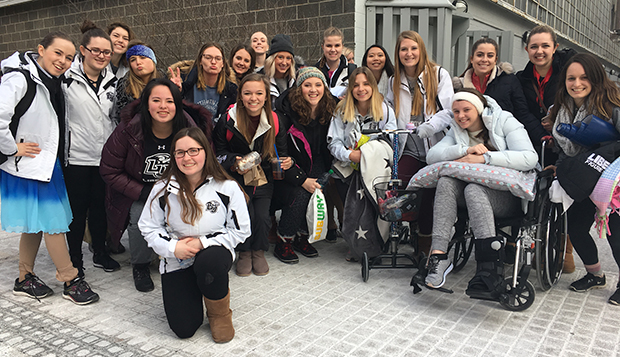 "I was pleased with everybody's performances," Lady Flames Head Coach Dawn Harter said. "They skated well for all the things that they had to deal with."

Due to limited ice time, officials cut 10 starts from each team and Liberty also had a couple injuries. Sophomore Angela Boscher, who won her Novice freeskate event at Liberty's fall sectional competition hosted by New York University in early November, was forced to withdraw from her three events due to injury, leaving the Lady Flames with only 17 out of a possible 20 starts.

The third and final Eastern Sectional competition of the season is set for March 2-3 at Penn State. Only the top four teams in the overall standings advance to the April 12-14 U.S. Figure Skating Collegiate National Championships at Delaware.