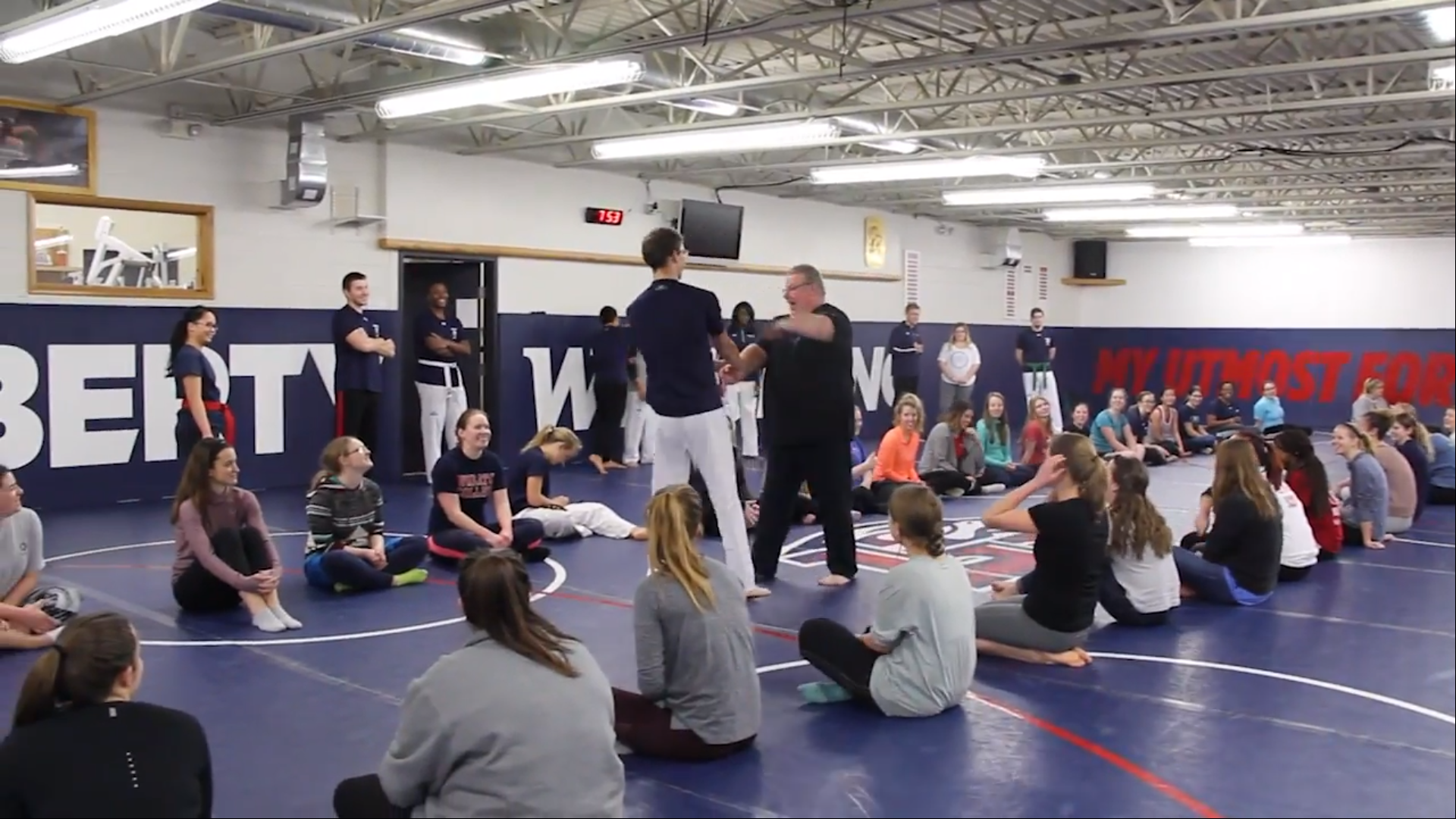 For the past five years, Liberty University's taekwondo team and Head Coach Tom Childress has conducted an on-campus self-defense seminar for women students at the start of each semester.

Tonight, for the first time, the clinic will be held in conjunction with an informational Title IX meeting led by Quan McLaurin, associate director of student engagement in Liberty's Office of Equity and Inclusion, starting at 5 p.m. in Room 2770 of the Montview Student Union. It will be part of the office's campaign promoting stalking awareness and opposing dating violence.

"We want to make sure students are prepared as they go out in pursuing healthy relationships and picking up healthy habits," McLaurin said. "In the event that they find themselves in a threatening situation, we will talk about the mental aspect of that … trying to maintain composure and having a fight-or-flight response rather than freezing up and doing nothing."

The self-defense seminar will begin at approximately 5:30 p.m. and last until 7 p.m. with former Lady Flames taekwondo black belt and new Assistant Coach Sadie Newton and several members of the team assisting Childress.

"She has been involved in taekwondo her whole life," Childress said of Newton, who recently received her fourth dan, or fourth stripe to her black belt. "She has steadily progressed in her ability to teach and train."

A police officer who has also conducted the seminar in local schools and churches, Childress said his philosophy is to keep the techniques and instruction simple to increase the chances students will retain and retrieve the information needed to defend themselves in an emergency.

"We will teach basic-level self-defense that will enhance your chances of getting away from someone trying to attack you," Childress said. "This is something I consider extremely important and we focus on this as part of our team ministry. Every young woman should have basic knowledge on how to protect themselves."

As far as the team schedule goes, Liberty's next East Coast Taekwondo Conference (ECTC) competition is set for Feb. 24 at Princeton, where it will look to strengthen its top-three standing in Division III.

The Flames and Lady Flames will travel to at least one more Atlantic Collegiate Alliance of Taekwondo (ACAT) tournament in April before sending as many as 15 athletes to the April 21-23 National Collegiate Taekwondo Association (NCTA) National Championships in Austin, Texas.