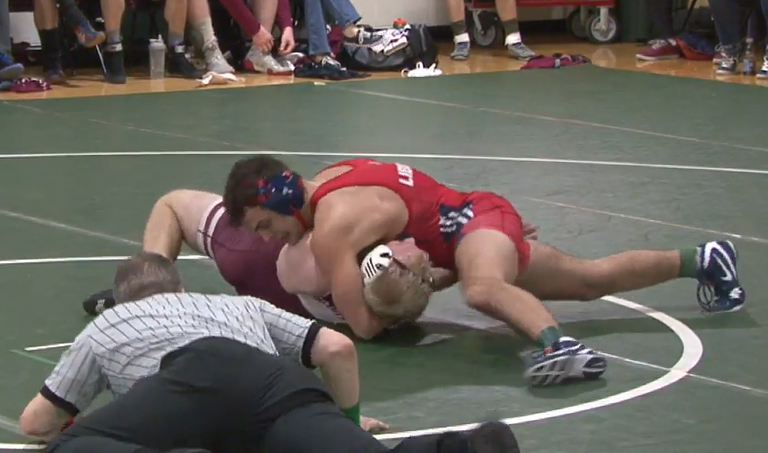 "We weren't really sure what to expect but we did really well," Liberty Assistant Coach Chris Williamson said. "We kind of cruised and didn't really have any very close matches. It was a good way to end the semester and we will get though exams before we wrestle next (at the Dec. 29-30 Citrus Classic) in Florida."

At SVU, the Flames were wrestling without freshman 133-pounder Bobby Leek, who sustained a lower-body injury at last month's Lindenwood Open in Missouri.

"Unfortunately, we had to forfeit at 133 pounds in all of our matches, but we kind of made up a lot of ground with the rest of our weights," Williamson said. "Our lineup does get better as we go, so it's pretty hard to keep up with us later in the match."

"Jeff did a good job of managing his matches, including a really close one (against West Virginia Tech), even though he was a little undersized," Williamson said. "This was actually Charlie's first time making weight to wrestle at 141 this season and we didn't know if he would rise up to the challenge, but he did."

The quad meet was a good indication that Liberty could be an even better team in dual competition than in the tournament format. The Flames will get plenty of chances to back that up in the spring semester, after traveling to Fort Lauderdale, Fla., for the Citrus Classic, an individual event.

Liberty will try to win the American Division of the Virginia Duals for the first time, Jan. 11-12 at the Hampton Coliseum, where they placed second last year. The Flames will then fly to Las Vegas to defend their NCWA National Duals title, which they won for a record third time last January at home.