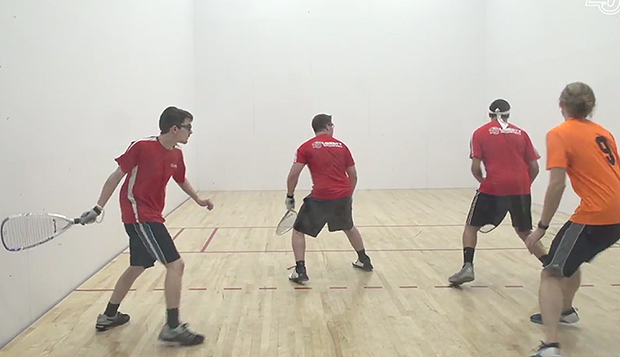 Junior Garrison Walker (left) follows through on a shot during a practice at the LaHaye Recreation & Fitness Center.

The Flames and Lady Flames will enter two more MACRC tournaments in the spring semester in preparation for the March 14-17 USA Racquetball National Intercollegiate Championships in Minneapolis, Minn.