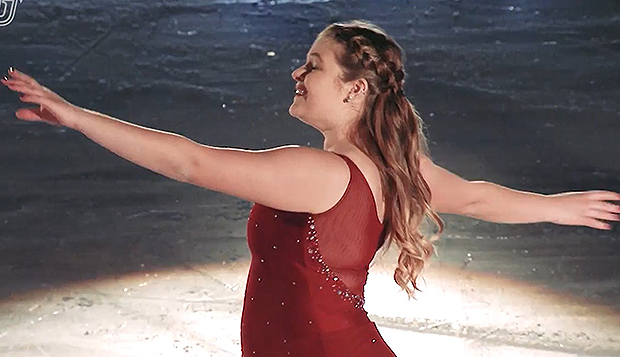 Looking to fill all of the categories for Eastern Sectional competition this season, Liberty University figure skating Head Coach Dawn Harter has attracted more skaters from the Lady Flames' synchronized skating team and will offer a third tryout in late November, when she plans to expand her 17-skater roster.

"(U.S. Figure Skating) created more collegiate categories this year, adding a new high beginner level, so we are hoping we can skate all 30 starts in our last two sectional meets," Harter said, noting there are currently vacancies at the Junior and Senior levels. "We added six skaters since our second tryout that will hopefully be competing for the spring semester, which will bring us up to 23."

The Lady Flames will travel to their season-opening Eastern Sectional meet on Nov. 3-4 hosted by New York University at Sportarama Ice Rink in Monsey, N.Y.

"The girls are jelling together and getting pretty excited," Harter said. Of the 24 skaters attending the meet only 15-17 will perform.

Liberty will complete sectional competition at MIT from Feb. 1-3 and Penn State from March 2-3.

If the Lady Flames can place in the top four in the final point standings out of 23 teams in the Eastern Section, it will qualify for the Eastern championships hosted by Delaware from April 12-14.

"As always, Delaware, Dartmouth, Boston, and Sacred Heart will be the favorites," Harter said.

Liberty sophomore Novice-level skater Angela Bosher is a strong competitor who returns to serve as a team captain after representing Liberty at the USFS Collegiate Nationals the past two summers.

Senior Megan Gonzalez will perform her long and short Intermediate programs this year and Liberty has two seniors competing at the Senior level — Chelsea Henry, who also skated at Collegiate Nationals, and Cami Burkhardt, who will only be available for the fall semester and will focus on her short program and a Junior pattern solo dance at NYU.

Catherine Bredshall is a senior skating a Junior-level pattern solo dance while sophomores Hannah Pulley will be skating a Preliminary program and Emily Wilson will perform a Novice-level solo pattern dance. Wilson will also perform a Novice free dance, a new event at intercollegiate competitions.

Bosher will be complemented by sophomore co-captain Haley Gram, who will skate at the Juvenile-plus level now that she has demonstrated that she can complete an axel and a double salchow in competition.

Bredshall, Gram, Pulley, and Wilson also compete on the Lady Flames' synchronized skating team, as does senior Katherine Thacker, a captain for that squad who is one of the figure skating team's top-level ice dancers, skating in the gold and international dance categories.

"We have six synchro skaters this year, so I am very excited to have those girls competing on both teams," Harter said.