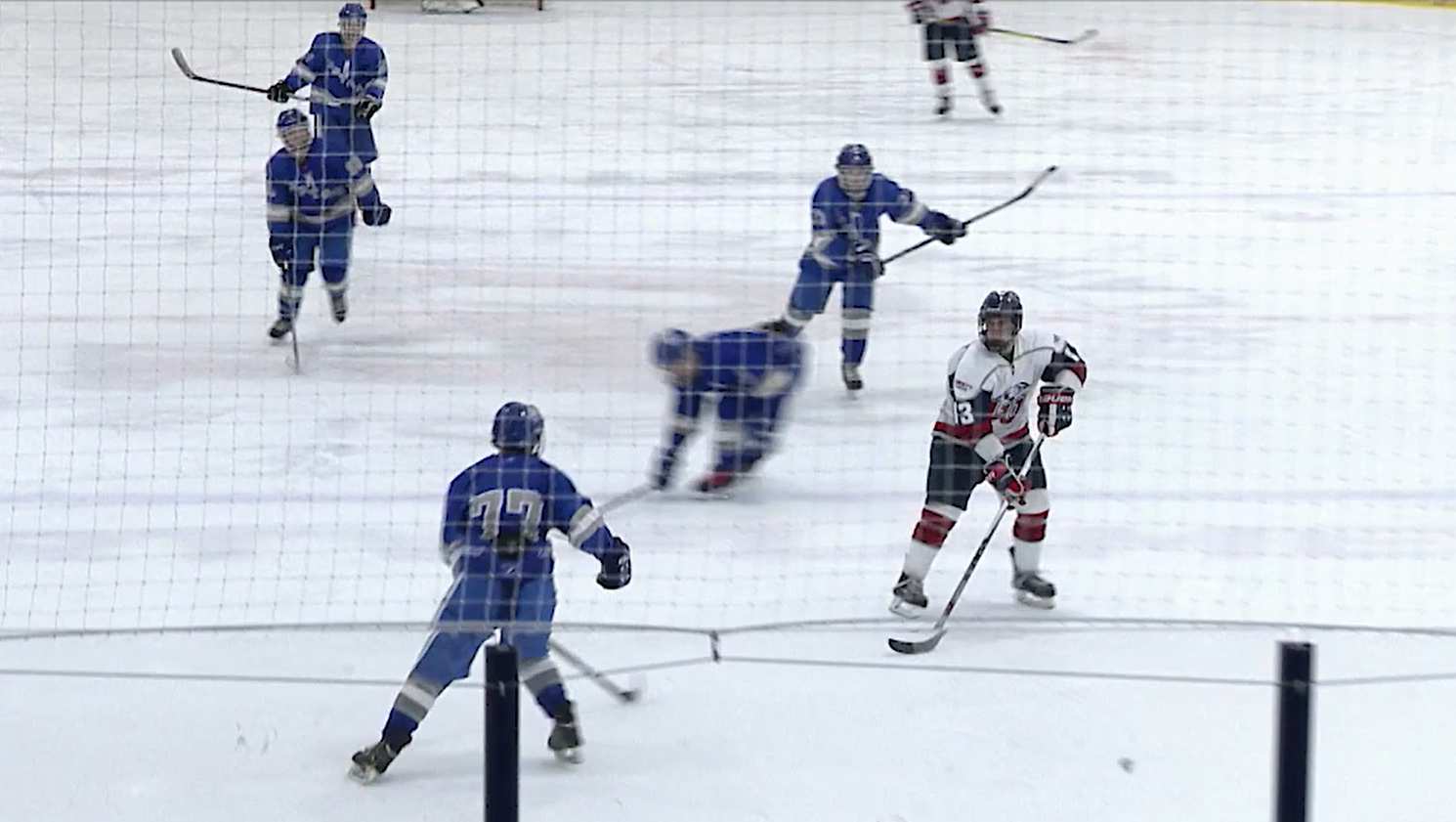 Liberty University's ACHA Division III men's hockey team improved to 5-0 with a sweep of Christopher Newport University over the weekend at the LaHaye Ice Center.

Freshman defenseman J.D. George started the scoring by ripping a wrist shot from inside the slot on a counterattack at the 12:15 mark of the first period before freshman left wing Nathan Antesberger sent a beautiful feed into sophomore right wing Scott Chisholm, who trapped the puck and rocketed a turnaround wrist shot into the top-left corner of the net for a 2-0 advantage.

CNU got one goal back before freshman forward Maxx Mitchell tucked in the rebound of his own blocked shot near the left post to extend the Flames' lead to 3-1 with 6:37 left in the first period.

Captains defenseman Aidan Wheeler cut the deficit to 3-2 on a putback of a shot by forward Brandon Day on a two-on-one with 4:35 left in the first before Wheeler tied it at 3-3 with a power-play score at the 10:50 mark of the second stanza.

With 1:16 left in the second, Mitchell netted the game-winning goal in spectacular fashion, tracking the rebound of another one of his shots that deflected high into the air and batting the puck out of the air from the left of the net, off the ice, and over the pad of CNU goalie Tyler Giarratana into the back of the net.

Less than a minute and a half into the third, Mitchell set up junior center Robert Piccerillo with a cross-crease pass for a one-time finish on the inside edge of the left circle, increasing the Flames' lead to 5-3. Liberty freshman Kyle Jassmann set up a sixth score with a no-look pass from the high slot to George in the left circle for a one-timed finish into the top right corner.

Dylan Longo capped the scoring for CNU with a laser one-timer from the point past Flames senior goalie Derek Guzik.

In Saturday's rematch, Piccerillo beat Giarratana gloveside with a backhand from the left crease less than five minutes after the opening faceoff before freshman forward Justin Barstead slid into the cage and tucked the puck through the five-hole from on his knees for a 2-0 lead at the 8:28 mark.

Piccerillo increased Liberty's lead to 3-0 by putting away a cross-crease assist from senior right wing Brandon Smith with 9:11 left in the second period. Smith converted a top-shelf putback from the left side of the net just over three minutes later, and Piccerillo then completed his hat trick on a point-blank finish into the upper netting, padding the advantage to 5-0.

Just over a minute into the third period, Mitchell worked a give-and-go with senior forward Zachary Moore, putting the rebound inside the left post from a sharp angle. After CNU netted its lone goal, Jassmann set up Adam Norwinski for a shot from the slot into a wide-open net before Barstead scored shorthanded off a feed from George.

Liberty will host the Citadel for a two-game series over Homecoming Weekend, with games set for 9:45 p.m. Friday and 1 p.m. Saturday at the LaHaye Ice Center.