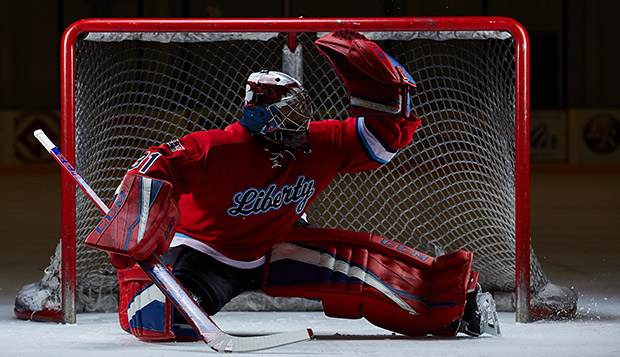 Two-time defending Eastern States Collegiate Hockey League (ESCHL) tournament champion Liberty University received 35 of 36 possible points in the ESCHL Preseason Coaches Poll and was selected by five of the six head coaches to finish in first place in the 2018-19 season.

The Flames' ACHA Division I men's hockey team, which dethroned Stony Brook as four-time defending tournament champion in its first season in the league in 2016-17 and went on to win its first ESCHL regular-season title in 2017-18, was followed in the poll by the Seawolves with 29 points. Delaware (17 points) received the only other first-place vote and was projected to finish in third place, followed by New York University (16), Rhode Island (15), and Syracuse (14).