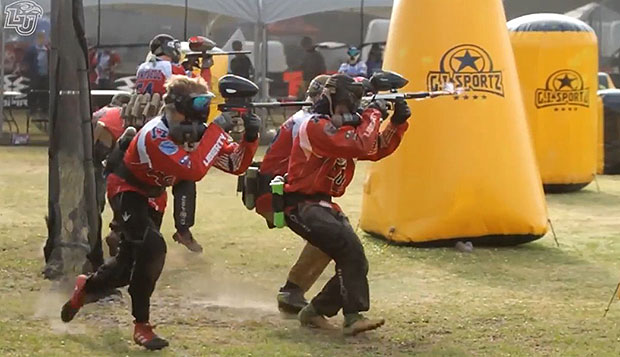 "It's been a crazy road, two coaches and a lot of different teammates and we finally made it happen," said fifth-year senior David Dickerson. "It's really an incredible feeling. It was awesome."

"I was so excited for the guys, so excited for the team," Davidson said. "We had been working so hard for this for so long and we finally took that title. Six or seven times out of the 10 years we have been a program we had lost to the team that wins it all and we could never move on to that championship match. This year was our year."

"Us beating FAU in the semifinals meant more to me than winning the national championship because that was really the fight right there of kind of breaking that curse of always losing in the semifinals," Flames senior captain Christian Campbell added.

Though Liberty graduated a strong corps of seniors, its players and coaches are confident they can contend for another national title next spring.

"We're leaving the team in a good place, in some good hands," Dickerson said. "We've got some good guys to pass the torch on to."

Davidson said the Flames will have a large target on their backs and will have to prove themselves again starting this fall.

"We've never really been in that situation where we're the champions and everyone's looking up to us like, ‘Hey, you guys are the guys we need to beat,'" he said. "We just need to go at it with a level head and know that there are plenty of other good teams out there. We need to play at the top of our game and continue to stay focused with our practice and tournament schedule and just continue to play with the intensity we had at this past nationals."