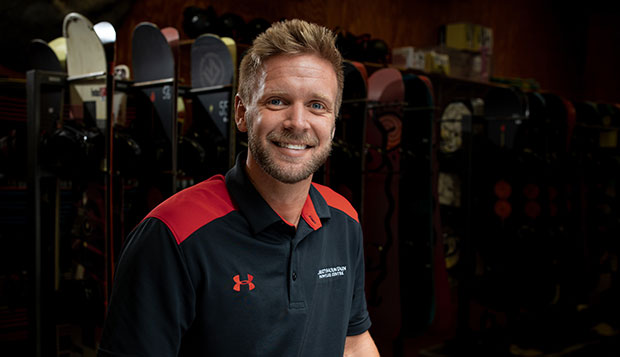 Last week, Caleb Acree ('11) started as general manager of both facilities after previously serving as assistant to Ryan Leeds. Leeds relinquished head coaching duties of Liberty's ski & snowboard teams to Isaac Gibson in January and is moving to Colorado this week to serve as director of leadership development for Skiers & Snowboarders For Christ (SFC). He recommended Acree to be his successor and Derek Woods to replace Acree as assistant GM.

"Caleb is extremely familiar with the operation of both Snowflex and the Skate Park," Leeds said. "He is an incredibly hard worker, has great business sense, and he makes good decisions. He has already assembled a great support team around him."

He is looking forward to working under Acree's leadership.

"Caleb is very approachable guy, very relational and down-to-earth," Gibson said. "He's only going to encourage us and help us strive to get better as we move forward with this facility — to better engage and provide an awesome experience for the student body at Liberty and to make us more effective in serving our community."

Acree, who majored in history, never competed in skiing or snowboarding, instead focusing on the business and administrative side of the facility. He and Woods will supervise eight full-time managers and approximately 70 student workers at Snowflex each semester.

"Over the years, I have worked in nearly every area of our facility, starting with slope operations while I was a student and later with rentals and as a shift leader," Acree said.

"He is a very organized person and he is very good at identifying a job that needs to get done and tasking the right people — delegating for the different managers and employees at Snowflex — to get it done efficiently," Gibson said.

Leeds said Acree is always thinking of innovative ways to improve the facility and the experience of those who visit.

"He's good with customers, he's good with employees, and he's done a really great job of cultivating a culture at Snowflex that is caring and that seeks to help people improve in various aspects of life," he said.

In addition to building the Lynchburg skiing and snowboarding community through the local SFC chapter, Next Level Summer Camps, and Seasonal Development Program, Gibson loves introducing Liberty students to snow sports through its Rails to Trails program and believes LMSC's new management structure will help increase student use.

"We are excited to work with Campus Recreation and Student Activities and being more engaged in student life on campus," Gibson said. "That is what Snowflex was put in place for — for students to come up and enjoy skiing and snowboarding throughout the year and we want to serve them well."

LMSC's beginner and advanced slopes and jumps, Rail Jam terrain park, tubing runs, and aerial awareness trampoline are free for students to use throughout the school year.

This Friday, LMSC will host its second Family Fun Friday of the summer, opening its facilities to the public from 3-9 p.m. for $5 per person, with food trucks on site and inflatables set up for kids.

Aug. 11 is the first day of the next LMSC Seasonal Development Program, with coaching sessions offered to beginner to intermediate skiers and snowboarders from 10 a.m. to 3 p.m. for four consecutive Saturdays running through Sept. 1.

On Friday, Aug. 31, a week before Student Activities' annual Block Party, Snowflex will host its second Mountain Luau for returning and incoming students from 8 p.m. to 1 a.m.

"It will be a great way to welcome back the students and get them enjoying the facility," Acree said.
"We're going to bring in some live music and have free skiing and snowboarding with instructors on the slopes. It will be a fun night to play games and be with friends."

An interest meeting for Liberty's men's and women's ski & snowboard teams is set for Sept. 6 with practices and tryouts for the travel teams starting Sept. 10. 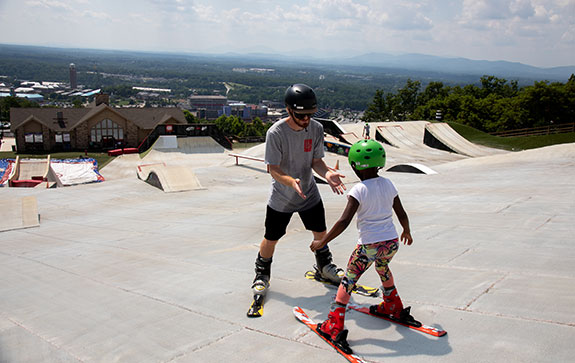