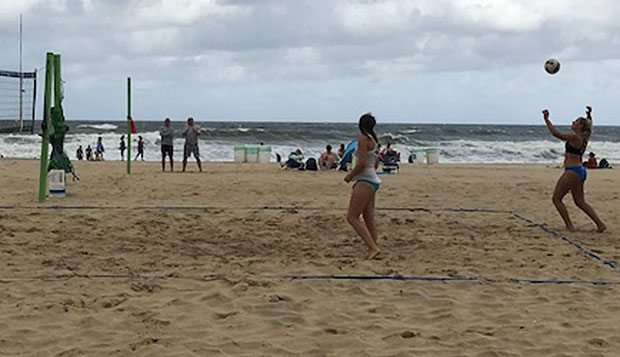 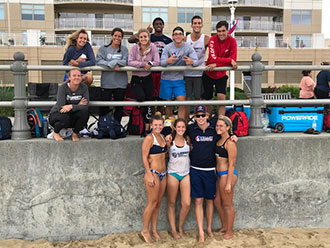 "It was 70 degrees with a non-stop, 25-mph wind the whole day, which was a huge adjustment for everyone to play in," Flames Head Coach Kaleb VanDePerre said. "It was so nice to get a break from the 90-degree heat, but we couldn't put up our tent because it was so windy. It was unreal. It felt like we were playing in a sandstorm for half of the day. It was awesome to see how easily our players could adjust and deal with the frustration."

"It was a smaller field than last month's tournament in Wilmington (N.C.), but our top guys played up in the Open division so it was a lot tougher," VanDePerre said.

Next up, Liberty will host two days of beach volleyball tournament action in the Virginia Commonwealth Games, with two divisions of men's and women's play on July 28 and a youth tournament on July 29, over Main Games Weekend.