Leeds to train Snowboarders For Christ leaders in Colo. 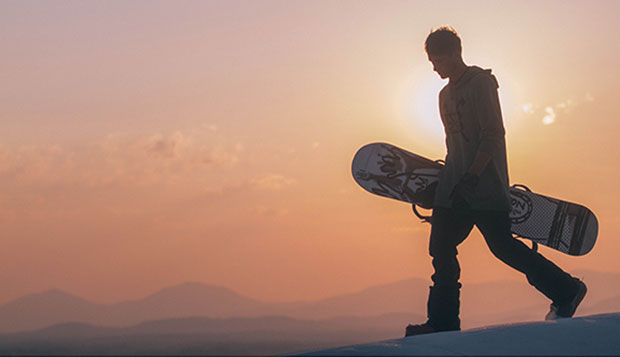 After serving as Liberty's ski & snowboard head coach from 2014-17 and Snowflex general manager since 2016, Ryan Leeds is moving to Summit County, Colo., to work with Skiers & Snowboarders For Christ. (Photo by Kevin Manguiob)

Liberty Mountain Snowflex Centre (LMSC) General Manager Ryan Leeds will relocate his family to Summit County, Colo., in August to serve as the director of leadership development for Skiers & Snowboarders For Christ (SFC).

Leeds, a New Jersey native who competed on Liberty University's snowboard team from 2009-12, serving as team captain his senior year, and coached the Flames' and Lady Flames' ski & snowboard teams from 2014-17, graduated with a degree in Biblical Studies and is completing his last two courses toward his master's degree in Theological Studies this summer.

He is looking forward to embarking on his new career in Colorado, where he will train SFC leaders through a six-month winter residential program from October through April.

"The program will include classroom and hands-on phases to help apply leadership and discipleship concepts to concrete missional experiences," Leeds said. "I've always been really passionate about discipleship, and it is cool the way God has orchestrated this opportunity that combines that and my passion for the ski industry."

He said SFC, which has 37 chapters across the United States and another 20 around the world, continues to grow, with its national and international directors casting an excellent vision for the ministry.

"The main reason we are starting the program is to create some longevity with some of those chapters," Leeds said. "With how dark the culture can be, the leaders can get burned out, so we are trying to create some sustainability within the ministry. The goal is not just to be a resource for program attendees, but anyone in the SFC community, through online podcasts, blogs, and written devotionals."

Isaac Gibson, who succeeded Leeds as ski & snowboard head coach in January, will continue to work with Leeds as he leads Liberty's SFC chapter. He is hopeful Leeds will return to Snowflex to assist him and former Flames snowboarder and current LMSC marketing manager Kevin Hoff with future Next Level Summer Camps, which are supported by dozens of SFC coaches and counselors.