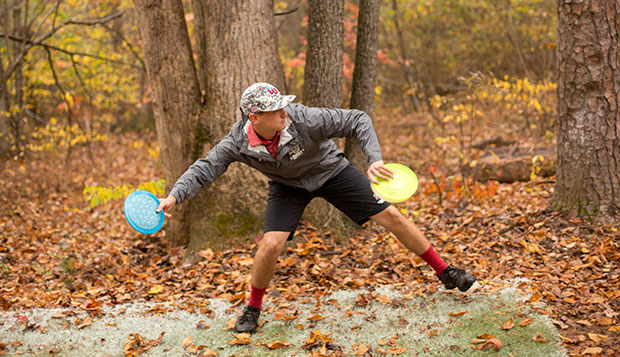 "We had a First Flight win (for the men's team) a few years ago, and to have the ladies win the (women's Championship Flight) was just amazing," Liberty Head Coach Steve Bowman said. "It was cool because all the guys were following them around the last round. It looked really good, from a viewer's standpoint, that there was all this sea of red following them around playing. It was an exciting atmosphere and showed the team's support, that everyone was there cheering them on and being a part of what they were experiencing."

He expects the men's and women's teams to build on that success as they enter the 2018-19 season.

"The team dynamic really grew this year," Bowman said. "The guys we had returning seemed that they were spread out over all the different flights, so that gave us the strength for all of the newcomers to have a solid base. For the guys moving forward who are staying in the program, that's going to keep us getting better."