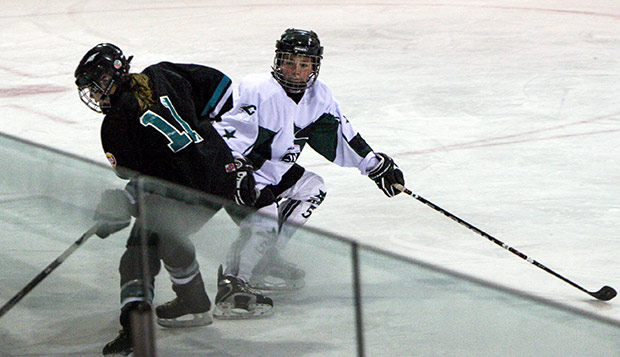 Like her brother, Bergen is a defenseman from Drake, Saskatchewan. She played previously for the Saskatoon Stars and Saskatoon Comets but has been away from competitive hockey for a couple of years.

"Danielle was a bit of a surprise and late addition to our recruiting class for the fall, but one we are excited about," Lowes said. "It is amazing how quickly the process worked with Danielle, from initial contact, to official visit, to us offering her a spot."

Lowes is confident Bergen will be able to revive her career and make a smooth transition to the collegiate game while helping the Lady Flames defend their ACHA DI national championship.

"Danielle is a good athlete and competitor and she will make our defensive corps stronger," he said. "I believe she will raise the intensity level in practice and her toughness will be a nice addition. Danielle has a high ceiling (for elevating her game) and I am excited to see how she develops as a player in her first couple months on campus."

Bergen, 24, has worked as a crane and bandsaw operator and a warehouse laborer for a steel supplier in Saskatoon while beginning her studies through Liberty's online program over the past year. She is also an avid bowhunter who has competed as one of 20 semifinalists from around the world in "Extreme Huntress," an American televised women's hunting challenge.

As a residential student, Bergen plans to pursue a degree in digital media with a concentration in video.

"I chose Liberty because I wanted my education to be based and grounded in Jesus Christ," she said. "My brother and cousins also highly recommend the university and its athletic programs. I am most excited to play on a Christian women's hockey team ... alongside the other Lady Flames."