Flames gear up for nationals by finishing 5-1 in conference 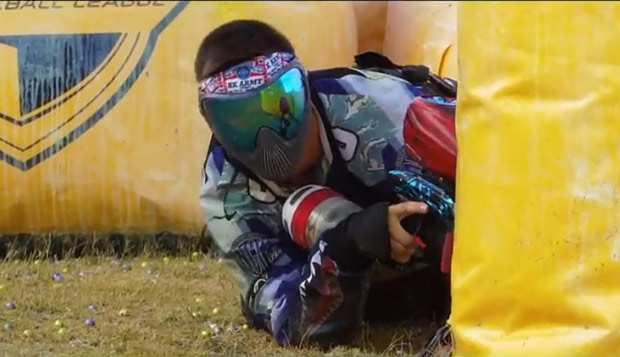 Playing without senior David Dickerson, the Flames (5-1) regrouped from their first loss of the year, a back-and-forth 5-4 battle with North Carolina State in Saturday's opening match, to dominate Clemson, 6-2, in the second round and prevail in the rematch with the Wolfpack, 6-3.

"Our top line had to come together and work as a team and all played their best game and overcame their first loss with solid game play," Liberty Head Coach Brian Davidson said. "It was quite the turnaround coming off an unexpected loss. It was good to have second-line players in there as well, players like (junior) Zach Moore and (senior) Jonathan Yeo, showing they could compete at the top level."

Davidson will bring his Class A team and three Class AA lines to Florida for Friday's through Sunday's national championships. There will be approximately 12 Class A teams and 30 Class AA teams in the field.

"Some of our Class A guys will be double dipping a little bit and will play in AA as well as the schedule allows," Davidson said, noting that Central Florida (UCF) and Florida Atlantic (FAU), which placed first and second at last year's nationals, will be the Flames' toughest competition. "They have the home-field advantage and some really good players on their teams."

After placing third or fourth in each of the past six seasons, Davidson is optimistic Liberty can return to the semifinals and be in contention for its first national title.

"I'm thinking this is our year," he said. "We have a really good chance of winning it all. We have been training hard and practicing every weekend, trying to come up with different ways we can beat the playing styles these Florida teams have. …They play a little bit more aggressive, so we need to figure out how to counteract that or match it. We've been working on playing more fast-paced and aggressive this year and nationals will be a test to see if all the work pays off."

He said his Class AA lines have an equal shot at contending for a national crown.

The Flames will practice on the new layout set up for the tournament on Thursday before beginning pool play on Friday, with playoffs starting Saturday and Final Four action on Sunday.

The tournament matches will be webcast live on the NCPAPaintball YouTube Channel.