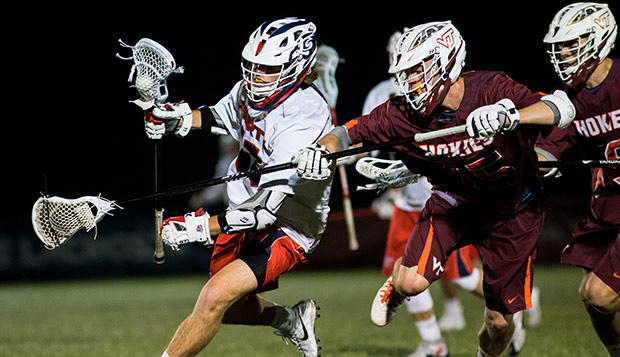 "Getting an opportunity to play Georgia Tech in the first round is a tough matchup," Liberty Head Coach Kyle McQuillan said. "But it is not something we don't feel we can overcome. Our expectation is to make it through the first round and beating Georgia Tech was one of our team's goals going into the season."

"It's definitely going to be the most ranked teams the conference has ever had going into the tournament," McQuillan said. "In the past, we've been lucky to have three or four teams ranked, so it's a big statement for the SELC and an opportunity to showcase the depth of talent in our conference."

Only the SELC Tournament champion is awarded an autobid to the 20-team May 7-11 MCLA National Championships in Salt Lake City, with others hoping for at-large berths based on their final rankings.

"Potentially, every team (in the SELC Tournament) has an opportunity to pick up three more ranked wins this weekend," McQuillan said. "Those games will definitely carry a lot more weight than in the past in securing an at-large opportunity (to nationals.)"

The winners of the Liberty-Georgia Tech and Florida-USC matchups will meet in Saturday's 5:30 p.m. semifinal at Northview High School in John's Creek, where the Clemson-FSU and Georgia-Virginia Tech winners square off at 8 p.m.

"We've got to rely on our own play and actions to get us in the tournament," McQuillan said. He is not counting on an at-large bid for the Flames. "The expectation we have been communicating to the guys is this is a win-or-go-home situation. We're going to have that mentality heading into the weekend. If we win that championship this weekend, we don't have to ask anyone for an invitation."