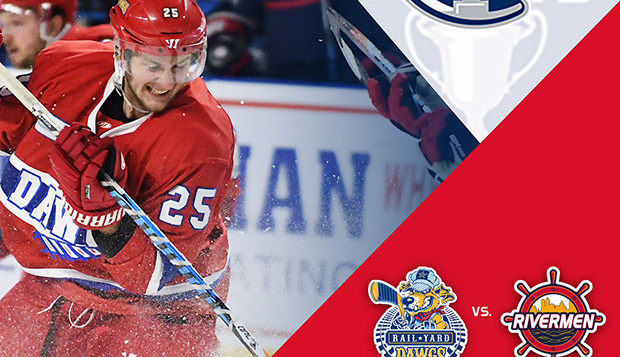 Roanoke's second-year program, which features former Flames defenseman Cam Bakker ('15) and current Liberty senior forward Grant Garvin, gave up the game-winning goal in the final five minutes of the third period of a 3-2 loss in its first SPHL postseason appearance. The game was played at the LIC due to a scheduling conflict at the Rail Yard Dawgs' home rink in the Berglund Center. Roanoke (26-27-4) will continue the series tonight at Peoria (39-13-5), needing to win to force a third game there on Saturday.

Bakker signed a contract with the Rail Yard Dawgs in late January after previously playing in the Federal Hockey League with the Cornwall (Ontario) Nationals. Garvin made his debut with Roanoke in last weekend's regular-season-ending series at Peoria, after signing an Amateur Tryout (ATO) with the team last Wednesday. On Monday, the Rail Yard Dawgs announced that they signed Garvin to a full contract for the postseason.

Garvin led ACHA Division I scorers with 25 goals and 49 assists for 74 points in 36 games, ranking third in Flames' DI single-season scoring history. He completed his four-year career at Liberty with 75 goals and 103 assists in 134 games, pacing the Flames his last three seasons to finish ranked fifth on the team's all-time scoring list.