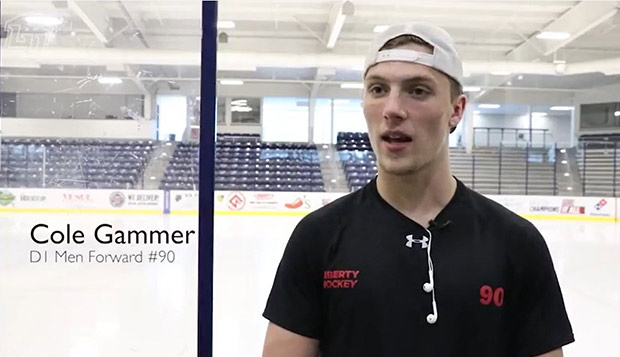 Current members of the Flames' ACHA Division I, II, and III teams participated in the showcase tournament, competing against the potential recruits from all around the country and Canada.

"Seeing him wearing a Liberty jersey alongside of me would be a really cool thing," said Cole Gammer, who is coming off an ESCHL Rookie of the Year season. "I'm really excited to try to make the team again. Nothing's given, I've got to earn it all over again and I'm just excited to do it."