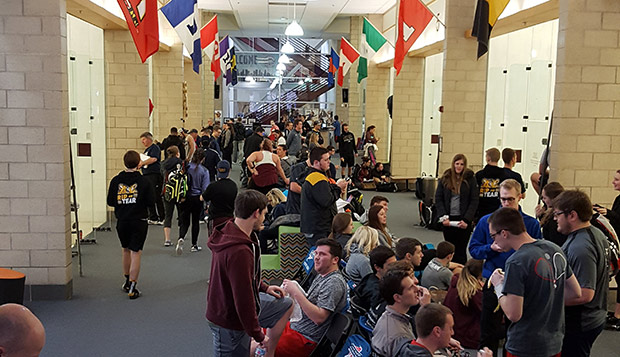 Liberty players hang out in the viewing area between the 12 courts at the University of Minnesota facility Wednesday.

There are 182 participants from 32 schools from across the nation in this year's tournament, hosted by the University of Minnesota through Saturday.

Abramowicz and Pearson won their first single-elimination match in Division 1 doubles before losing their second, as did Marston and Olson playing Division 2 doubles.

Complete results are available on the USA Racquetball website.