Liberty locks No. 10 seed for ACHA DI Nationals in Columbus 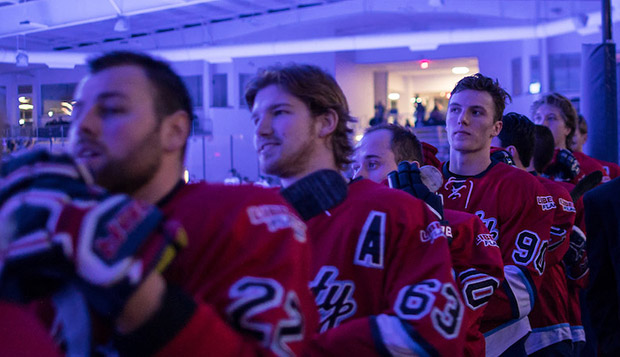 The 20-team field for the 2018 ACHA Division I National Championships, set for March 8-13 in Columbus, Ohio, was finalized with the release of Wednesday's final regular-season ACHA DI Top 25 rankings.

The Flames, who are riding a program-record 17-game winning streak, are one of five ESCHL teams in the final ACHA DI regular-season rankings, but No. 21 Rhode Island, No. 23 New York University — a first-year DI program that defeated Liberty's DII team in last year's national championship game — and No. 25 Delaware did not make the nationals cut.

In the 27-year history of the league, there have been a total of 13 ACHA DI men's national champions and Liberty, which receives a first-round bye as the No. 10 seed, will be seeking to add to that list when it begins competition in the March 9 second round at the OhioHealth Ice Haus.