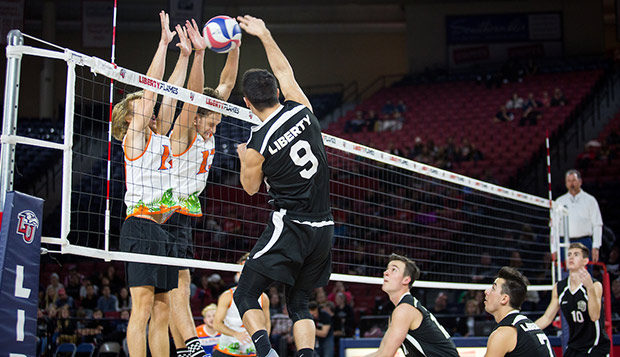 Florida, which competes in the ECVA Southeast, put up a solid block against the Flames all night in the annual 'Midnight Mayhem' match in the Vines Center. (Photos by Andrew Snyder) 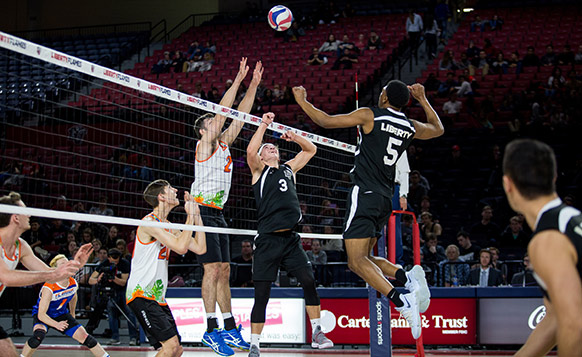