Liberty off to 2-0 start at NCWA Duals, faces No. 1 UCF next 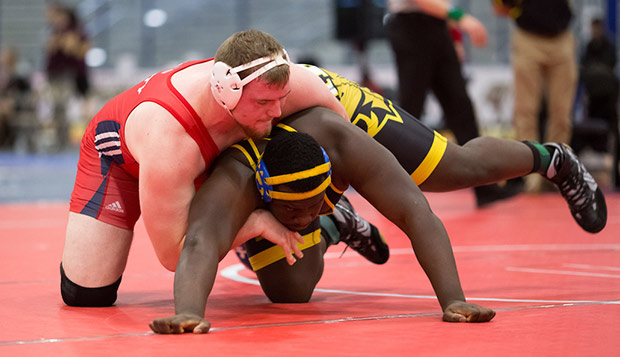 "Everyone was winning by technical fall and pin and major decision," Flames junior 197-pounder Taylor Westlake said of the Grays Harbor match. "We were working for the win and then getting the bonus points, by wrestling smart."

Liberty junior heavyweight Dominick Johnson, ranked fifth individually in the NCWA at 285 pounds, escaped early in the second period and held on to win his final match against UMBC's sixth-ranked Chukwudi Kalu.

"We had a good pace in the first match," Flames Head Coach Jesse Castro said. "The second, match, I thought we were a little flat, but we're pretty solid from the middle to the top."

Rensselaer Polytechnic Institute (RPI), Liberty's second scheduled opponent, had to withdraw from the tournament and didn't make the trip from New York due to a flu epidemic.

The Flames will challenge top-seeded Central Florida, which was upset by seventh-seeded Springfield (Mass.) Tech, in Saturday's first championship round match of the day, starting at 10:45 a.m.

"It's going to be a tough one, but we're all going to show up and wrestle hard," Westlake added.

Championship and consolation finals are expected to begin at 6 p.m.

Liberty, which won in its first year in the NCWA in 2012 and again in 2015, when it went on to claim the NCWA Grand National crown as well, is shooting to become the first team to capture three NCWA National Duals championships.

Defending NCWA National Duals and NCWA Grand Nationals champion Emmanuel, seeded fourth, dominated Middle Tennessee State and could be a favorite to return to the final, where it would seek to become the first team since 2009 to capture back-to-back team titles. 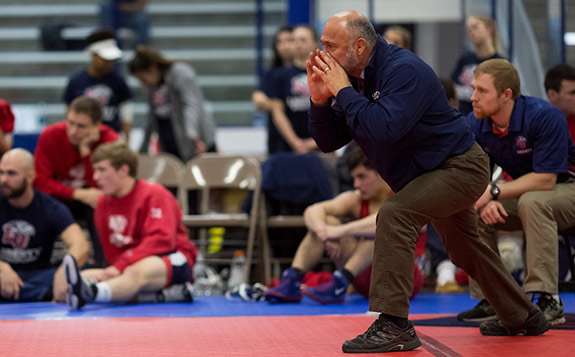