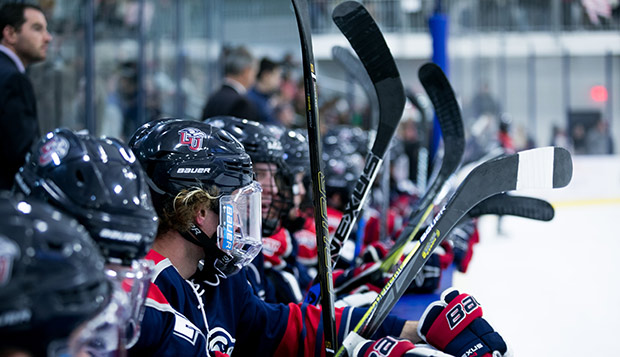 Liberty (16-6, 13-2 ESCHL) remained at the No. 14 spot in this week's ACHA Division I rankings after sweeping Indiana University of Pennsylvania this past weekend in the final series of the Fall semester.

The Flames currently sit atop the ESCHL regular-season standings which determine the conference's sole autobid to the ACHA DI National Championships, set for March 8-13 in Columbus, Ohio.

"It's not only a conference game, but they're nationally ranked in front of us, so it'll be a big game," Handy said. "Every game is important. We have had the first half of the year to juggle around lines and different personnel and it's up to us to take it to the next level as we move forward into the second half."