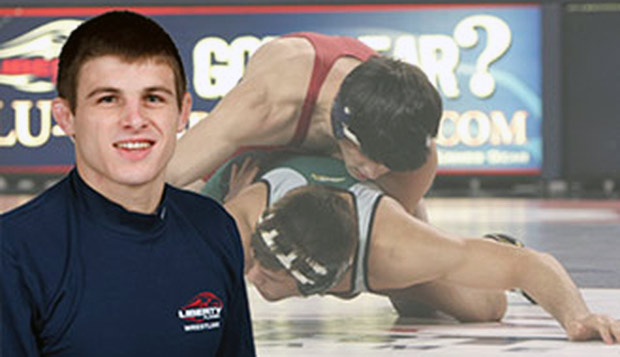 Scott Clymer started his career as an NCAA Division I wrestler before helping the Flames transition to the NCWA ranks as a wrestler and assistant coach under Jesse Castro.

Scott Clymer, a three-time Pennsylvania state place-winner in high school, was one of several prized recruits Liberty University Head Coach Jesse Castro brought in after the program was reinstated at the NCAA Division I level in 2007. After being ranked as high as 19th in the nation at 141 pounds and qualifying for the NCAA DI National Championships as a junior, Clymer played a key role in helping the Flames transition to the National Collegiate Wrestling Association (NCWA) as a Club Sports program in 2012, when he was named the Mid-Atlantic Conference's Most Valuable Wrestler and became Liberty's first NCWA national champion.

"The most valuable part of what he brought over was the fact that he remained loyal to the program, whereas about 60 percent left (after the reclassification)," said Castro, who will serve as Clymer's presenter when he becomes the first wrestling representative inducted into Liberty's Club Sports Hall of Fame during Friday night's ceremony in the Montview Student Center Alumni Ballroom. "He was one of our top recruits, and he stayed on board and elevated the level of talent in the room to set the bar for the newcomers coming into the NCWA program. He was a natural leader and that really impacted our team."

Clymer graduated with a degree in sports management in 2012 before staying with the program one more year to serve as a graduate assistant coach under Castro for the 2012-13 season.

"As a coach, he was on the mat with those guys, and he brought a high level of skill into the room," Castro said. "He was a huge asset to that transitional team and was very helpful in promoting the program at a new level. He gave it credence by being a part of it."

As the oldest of five brothers in a wrestling family, Clymer became like a big brother to Liberty wrestlers, both as a teammate and a coach.

"The thing that stands out to me is he was very selfless," said Castro, who will be Clymer's presenter at the induction ceremony. "If anyone needed anything, Scott was there. He would give you the shirt off his back. If guys needed help losing weight, he was there after practice working out with them. If they needed a ride, he would take them there. He was a real likeable guy, and they followed his leadership."

After leaving Liberty, Clymer has modeled his exemplary work ethic in his father's construction business in Quakertown, Pa., while maintaining his competitive edge by training wrestlers at Northwestern High School, his alma mater where he was recently inducted into its Hall of Fame.

Clymer spent two years in Sunnyvale, Calif., training and working as a wrestling instructor in the same Smash Gyms facility as former Flames NCAA DI teammate Eli Sanchez ('11), who serves as a wrestling and Brazilian Jiu-Jitsu instructor. In 2015, Clymer returned to Pennsylvania to help his brother, Ben, who started a wrestling program at Faith Christian Academy in Sellersville, Pa. He also leaned on his wrestling skills to enter the ring in the sport of Mixed Martial Arts, winning his first three amateur matches at 155 pounds in 2016 — by first-round submission and unanimous decision after three rounds. On Nov. 3 at Penn State University, Clymer won his first professional bout at 150 pounds by technical knockout over Mike Putnam in 3 minutes, 7 seconds. He has a second pro fight scheduled for Feb. 10.

"I knew he could do it, but didn't know he was actually going to (compete in MMA)," Castro said of Clymer. "He's certainly tough enough. He's been training hard." 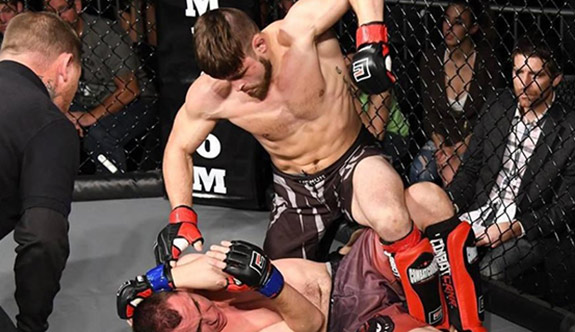 Clymer won his first three MMA matches as an amateur before making his pro debut on Nov. 3.