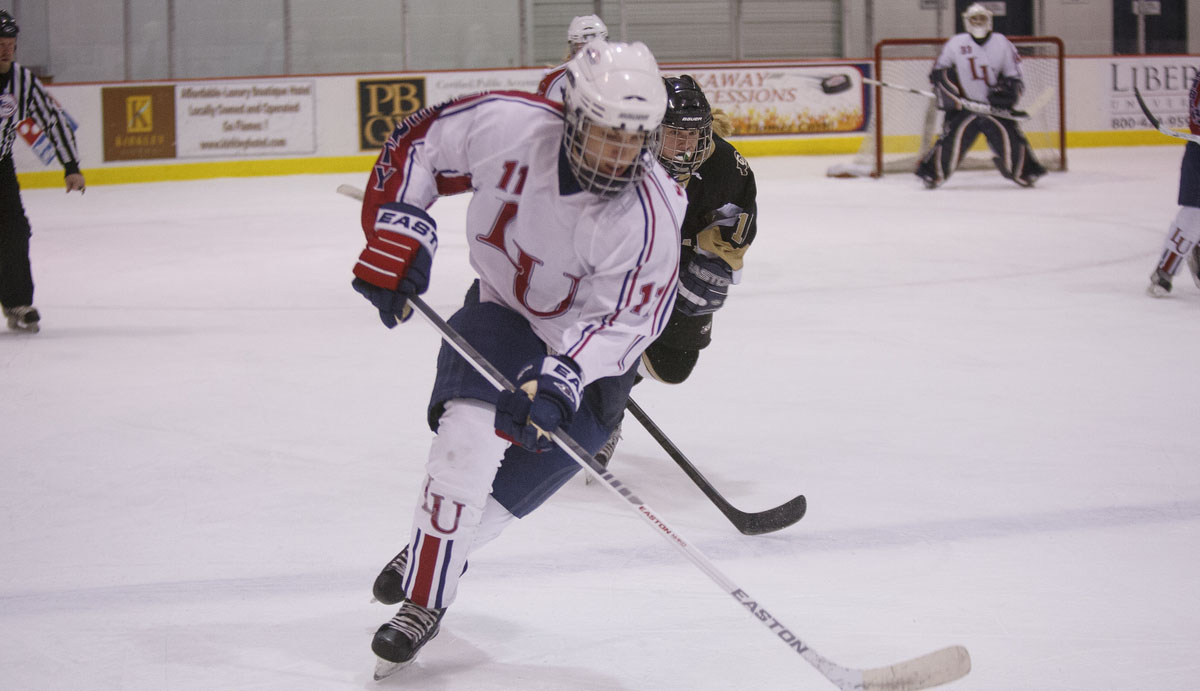 The Liberty University Division I women's hockey team only allowed two goals by the University of Colorado Buffaloes in its three-game series at home Thursday, Friday and Saturday.

After winning the first game 2-1 on Thursday, Liberty returned with even more momentum on Friday, dominating the game to earn the 3-0 shutout. Freshman Sarah Fowler got the first goal unassisted — her first goal since she started with the team. The game went without any other goals until the third period when Amanda Grainger scored from Stacey McCombe and Sarah Stevenson at 19:24 at the start of the third. Later, Keeley Beisinger got an assist from Katy Girnus with 4:04 left in the game to clinch the 3-0 victory.

A goal by Stacey McCombe from Amanda Grainger started the scoring at 10:34 in the first period. The second came from Courtney Fischer, assisted by Grainger and Carly Peleshok at 8:17 in the second on a power play. The third came from Courtney Fischer, again from Grainger, at 2:11 in the third. With only 20 seconds left in the game, the Flames had a turnover and scuffle in front of their net and Colorado slipped one past Liberty goaltender Samantha Rupp to get their only goal in the game.

"It was a good series. Both Friday and Saturday we played awesome and it was good to have a three-game winning home streak," Bloomfield said.

The sweep gives the No. 3 ranked Flames a 16-1 record on the season.

The Flames are off the ice until Jan.11-12, when they face Miami University in Oxford, Ohio.