Men's Lacrosse back at Liberty 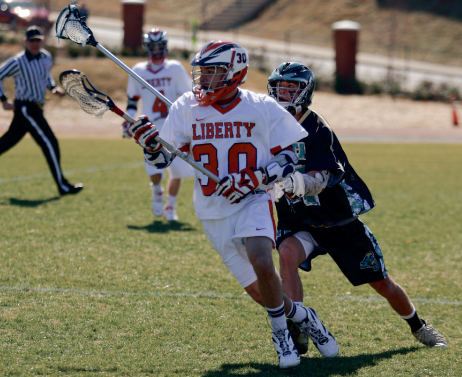 McQuillan was a member of the 2006 Liberty University men's lacrosse team that was involved in a horrific car accident returning from a game in Alabama.

"It was difficult right away because we lost seven guys to injury," McQuillan said.

Liberty University's club lacrosse team has been in and out of competition almost from the beginning of the school's existence. After the accident, it has taken years to rebuild.

With student interest in mind, McQuillan, who graduated in 2007, was asked to be the head coach for the new men's lacrosse club team.

"It was awesome to be considered and bring lacrosse back," McQuillan said.

The tryouts brought more than 40 students fighting to make the team back in September.

Everyone on the team has played lacrosse either in high school or club, but the skill level still is different among the players.

"Right now we are getting the rust off, especially (for) me because it has been so long," McQuillan said.

Although the team is not playoff eligible this year, they are looking forward to competing during the regular season.

"Elon, in North Carolina, is and always has been a rival to us," McQuillan said. "Because we aren't playoff contenders, I consider this our little Super Bowl."

With a 23-man roster, and players from Pennsylvania to California to Canada, McQuillan is excited to have a diverse team.

"At this point, they are a good bunch of guys, and they have taken this team and made it their own," McQuillan said. "We are just trying to find out what kind of team we are going to be."

This is Liberty's first year back with men's lacrosse, and the team has a rookie year mentality.

"After a couple games they should grow out of the excuse of it being their first year," McQuillan said.

The Flames played their first home match on Feb. 12, defeating Costal Carolina, 9-8. The team defeated UNC Charlotte, 13-12 Saturday and looks to take on the University of Richmond March 2 in Richmond.