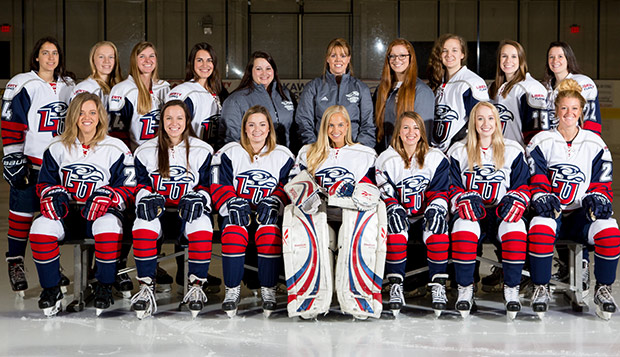 Liberty University's ACHA Division II women's hockey team opens its season at the LaHaye Ice Center Saturday at 9:45 p.m. and Sunday at 11 a.m. against College Hockey East (CHE) rival Delaware. After ending the 2016-17 season with five wins in their final six contests, scoring 14 goals or more in three of them, the Lady Flames are eager to get back in action.

The Lady Flames lost both home games it played against the Blue Hens last season by 3-2 and 3-1 scores in extremely competitive contests. The Lady Flames will travel to Delaware on Feb. 10-11 as well as playing home-and-away series against conference foes Navy, West Chester, and Maryland before the CHE playoffs are held Feb. 24-25.

"Last year, we did have a few tough losses and this year, I think we're going to be on the right side of those wins just because we have a lot of quality players this year," Liberty Head Coach Sara Niemi said.