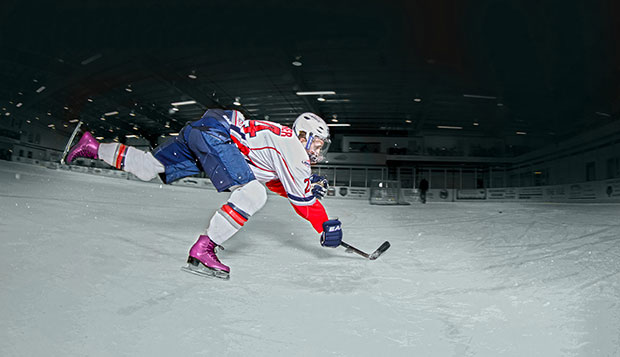 The Liberty Flames Men's Division 1 Hockey Team is hosting a fun, humorous event called "The Far Side" to raise funds and prayer support for its mission trip to Latvia and Estonia over spring break.

On Wednesday, Dec. 5, from 9:15-10 p.m. at the LaHaye Ice Center, the team will play against a combined team of Liberty professors, coaches, women's hockey team captains, and Lynchburg Youth Hockey members. After the game, from 10-11 p.m., there will be an open skate session.

The event will cost $2 to observe, and spectators can also purchase "limitations" against their favorite players. The $5 "silver" limitations include using an opposite stick, using a youth hockey stick (short), taking away the goalies' stick, and buying one break away. The $10 "gold" limitations include skates tied together, wearing figure skates, skating backwards and having two players tied together. Each limitation will last for one period.