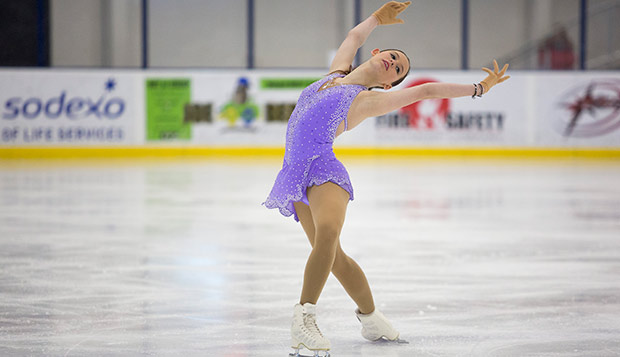 Junior Cheyenne Peterson is a Junior-level skater for the Lady Flames. (Photo by Nathan Spencer)

The Lady Flames will open Eastern Sectional competition Nov. 11-12 at New York University before completing the regular season by traveling to MIT in Cambridge, Mass., on Feb. 3-4, and Carnegie Mellon in Pittsburgh on March 17-18. If it can place among the top four teams in the Eastern Sectional standings, Liberty would qualify for the April 13-15 Intercollegiate Nationals in Denver.