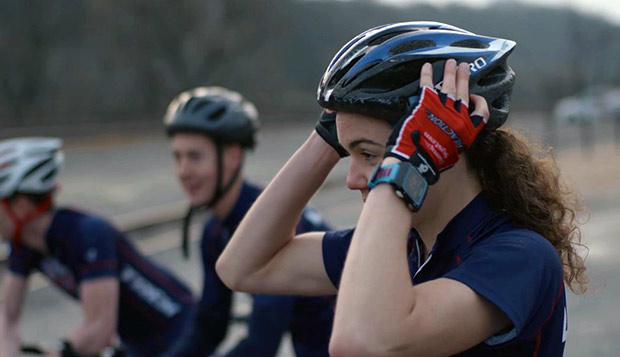 Entering its third season as a program, Liberty University's men's and women's cycling teams will compete in their first mountain biking races this Saturday and Sunday at Massanutten Resort, hosted by James Madison University.

Liberty will be one of at least 15 colleges represented at the races, which will include the majority of the Atlantic Collegiate Cycling Conference (ACCC), including Virginia Tech, Virginia, Duke, and North Carolina.

Since Head Coach Parker Spencer will travel with the men's swimming & diving team to its first meet at ODU, Assistant Coach Van Phillips will accompany the six men's and two women's competitors to JMU.

"These are athletes who are just focusing on cycling this season and some of them are fully focused on mountain biking," Spencer said, referring to junior Greg Schott (a professional on the XTERRA Triathlon Series) and sophomore Sam Blackmon, who have competed in triathlon in the past.

As Liberty's lone Category A cyclist, Schott is the only team member currently eligible for the USA Cycling Collegiate Mountain Bike National Championship, set for Oct. 20 in Montana. Blackmon would need to win this weekend's race and another at Appalachian State on Oct. 7 to move up from Category B to potentially qualify for nationals. The Appalachian State race will also serve as the ACCC championships.

This weekend's races will be on short-course cross-country courses, with participants seeing how many laps they can complete in 20-minute increments.

"It is basically a criterium for mountain biking," Spencer said. "There will also be a cross country category mountain bike race a few hours later on the same day."

Spencer is expecting strong finishes from junior Khoi Tran and Harrison Mohl, a transfer from a community college in North Carolina, in the men's races and from senior Francesca Herder and junior Mattasyn Shisler in the women's competition.

The team has been training on the Blue Ridge Parkway as well as around Lynchburg and out of their new cycling studio in Candlers Station, set up in what was formerly Johnny's Grill.