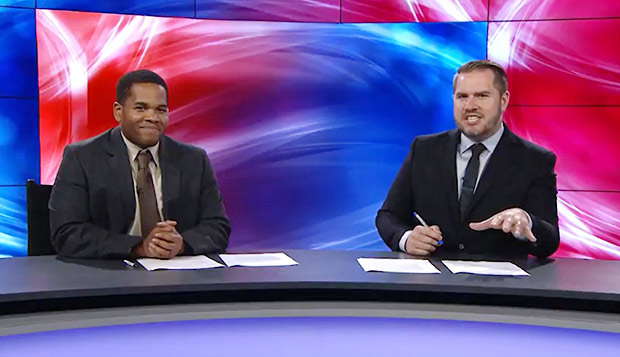 Club Sports sideline reporter Monika McKenzie, who co-hosted the ACHA Division I women's hockey Preseason Show, interviewed Central Oklahoma Head Coach Craig McAlister, who guided the Bronchos to their second national championship in three seasons this past March in Columbus, Ohio. McGibbon and Strawn broke down the ACHA's Preseason Top-25 and took a look back at the first week of the regular season. The anchors addressed the impact the University of Jamestown (N.D.) could make in its second season and first year that it is eligible to compete in the ACHA DI National Championships, and the addition of ACHA DII national champion New York University, which moved up to the DI level this season.

McKenzie also interviewed Chris Perry, commissioner of the Western Collegiate Hockey League (WCHL), which has produced three of the past four ACHA DI national champions, including Arizona State in 2014. McGibbon and Strawn also discussed the strength of each of the six conferences in the ACHA, including the Eastern States Collegiate Hockey League (ESCHL), in which Liberty is competing for the second year. McKenzie spoke with new ACHA National Championships director Russ Slagle about the future of the tournament, with all five of the league's divisions (DI, II, and III men's and DI and II women's) holding their championships in one location, before McGibbon and Strawn capped the show by revealing their ACHA DI men's Final Four predictions.