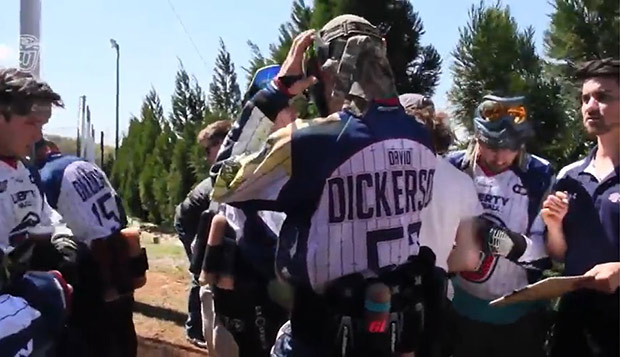 Practices are under way for Liberty University's paintball team, which is undergoing a rebuilding process this fall after graduating about half of the players who reached the semifinals of last May's National Collegiate Paintball Association (NCPA) National Championships in Kissimmee, Fla.

"We have about seven or eight new guys hopefully filling the shoes of the guys who left," Flames Head Coach Brian Davidson said. "We've got some athleticism coming in and these kids look like they've played before, so that's a good thing. I'm excited."

Davidson will be complemented on the coaching staff by 2017 graduates Micah McLeod and Tom Underman, who both played key roles in Liberty's lineup the past four seasons.

"They played throughout their whole college careers here and they were on the top line, so they're good competitors," Davidson said. "They're both really smart guys and they'll be good teachers as well. They want to see Liberty succeed again and to keep pushing for that national championship."

The Flames will open their season with a Class AA tournament on Sept. 23 at the Liberty Paintball Fields.