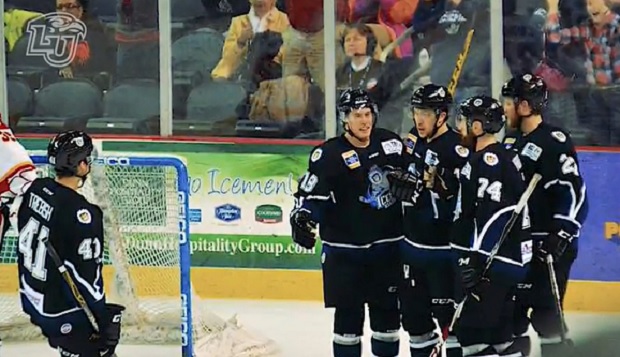 Scott Morongell played this past season with the Evansville (Ind.) IceMen of the East Coast Hockey League.

Liberty University's five ACHA hockey teams have developed hundreds of men's and women's student-athletes since debuting its Division II men's program in the 1984-85 season and, since 2010, has produced 13 players who have competed professionally in 10 countries. Club Sports Assistant Director of Video & Media Patrick Strawn produced this video highlighting the experiences of a number of former Flames and Lady Flames athletes and the coaches who influenced their careers at Liberty.