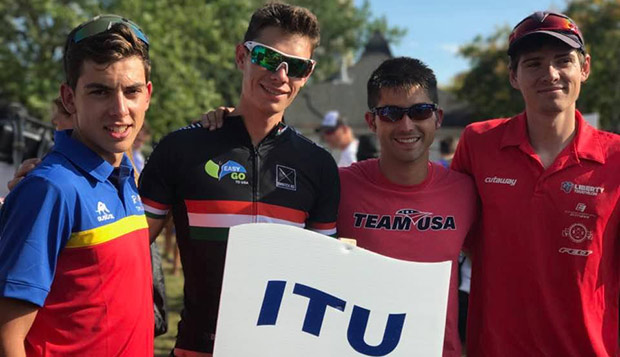 Spencer, who has competed in nine World Championship triathlon and biathlon races in New Zealand, England, Canada, Chicago, and Spain over the previous five years, finished runner-up out of 25 participants in the Men's 25-29 age group Duathlon Sprint World Championships in 1 hour, 15 seconds, behind only Team USA teammate Albert Harrison (58:25). He completed the 5-kilometer run in 17:02 before recording times of 32:28 in the 20K cycling stage and 8:25 in the final 2.5K run for the fifth-fastest time overall out of 681 age-group competitors.

"I couldn't have been happier with my race," said Spencer, who competed with a bruised ribcage that he severely injured in a mountain biking crash earlier this summer. "It was by far my best world championship showing and it was an awesome feeling."

He worked with Timothee Henriot from France to move into third position in the cycling stage before getting out of the transition area fastest to secure second place.

"On the first run, I felt amazing, but in the last mile, I was trying to run through a really bad cramp," Spencer said. "I felt like I was going to throw up the whole time and as soon as I crossed the finish line, I did for about 10 minutes."

Spencer's finish set a high standard for the Flames who competed in their Men's Junior and U23 races.

Incoming freshman Joan Colino from Spain, who returned home to get a student visa days before flying out with the team to Canada, placed 11th in Saturday's Junior Men Sprint Duathlon. He completed the course in 1:04:32, starting with a 16:40 5K run time and followed by clocking times of 38:16 on the bike and 8:50 in the 2.5K run.

"His travel schedule was crazy, so his body was not at peak performance level, but he still ran some of the fastest times he ever has," Spencer said.

Then on Wednesday, Liberty junior Greg Schott, who competes professionally in the XTERRA Series, finished fourth among U23 Men and 20th out of 30 U23 and Men's Elite athletes combined in the Cross World Championship event in 2:27:06. He completed the 1.5K open-water swim in 25:46 before posting an impressive time of 1:25:16 in the 31K mountain biking stage and finishing the 8K cross country trail run in 33:43.

"We have really been focusing on his mountain biking, training on our (Liberty Mountain Trail System) trails, which are very challenging and prepared him well," Spencer said. "He was one of the last swimmers out of the water, but passed a large number of people on the bike and I was really happy with his race."

"Everything went pretty well considering for all three of these guys it was their first World Championships," Spencer said. "It was a great experience for them as athletes, a dream come true for all three. At Liberty, we are able to do amazing things through our program that a lot of other universities would not even support, things most wouldn't even think possible. Our guys were competing against the best athletes in the world so when they start going to collegiate races, that will help them mentally to have breakthrough performances."

Spencer was impressed with the character shown by his student-athletes.

He also used the weeklong trip as a recruiting opportunity and identified five more international student-athletes interested in joining the Flames in the near future. Those include Henriot from France, who wants to pursue a graduate degree, two of the top junior triathletes from Spain who train out of their country's Olympic Training Center, and Jorge Andre Cabrera Silva from Mexico, who placed second in Saturday's Junior Men's Duathlon.

"The whole experience has had multiple layers to it which is why it has been very good and very productive," Spencer said, noting that both of the Spaniards have Olympic potential. "They may come over on tourist visas now and do online classes and be full-time residential students in January." 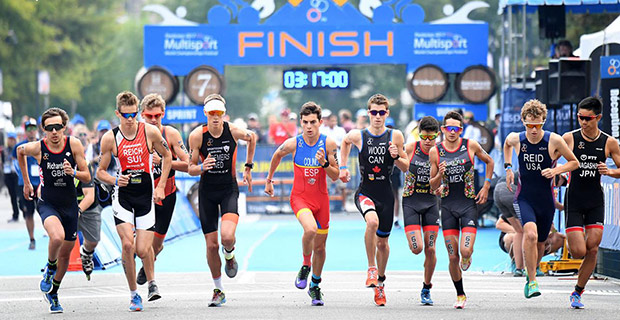